Racial Intelligence training has been picked up by multiple news outlets, for its innovative teaching approach. RITE teaches tools and techniques that improve communication, mindfulness on and off the job, help De-escalate high pressure situations, improve departmental accountability standards, and enhance diversity and inclusion. 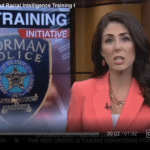 Norman Police Department is implementing a new training program for all officers, aimed at improving race relations and emotional control.

The Racial Intelligence Training and Engagement (RITE) Program is designed to help police officers gauge their own feelings to better manage interactions with the public. In the age of body cams and viral videos, it just may help rebuild some of the trust lost. 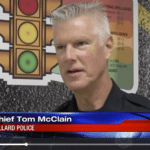 SPRINGFIELD, Mo. (KSPR) – The Springfield NAACP is speaking out about the travel advisory issued for Missouri for blacks and other minorities.

Springfield’s spokesperson for the NAACP said there are issues with traffic stops in some communities surrounding Springfield, including Ozark, Nixa, Camdenton, Willard and Republic. “Not to call them out, but it is what it is. We have got to hold people accountable,” NAACP Springfield President, Cheryl Clay. 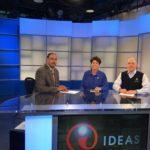 Do you ever wonder who trains the trainers, for law enforcement officials?

Notre Dame College police department is hosting a specialized training course. The goal is to give officers the tools they need regarding ‘racial intelligence’, as well as de-escalation and cultural diversity.. With hopes that tense situations in the field may not turn deadly.

Guests on the show: 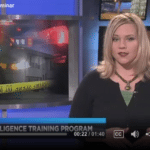 Police are learning to identify their own biases and emotions they bring to the job every day. “It starts with us.  Everything we do starts with us, making sure we have the right mind set.  That we are well in mind, body and spirit so as we approach situations,” said Chief Scott. 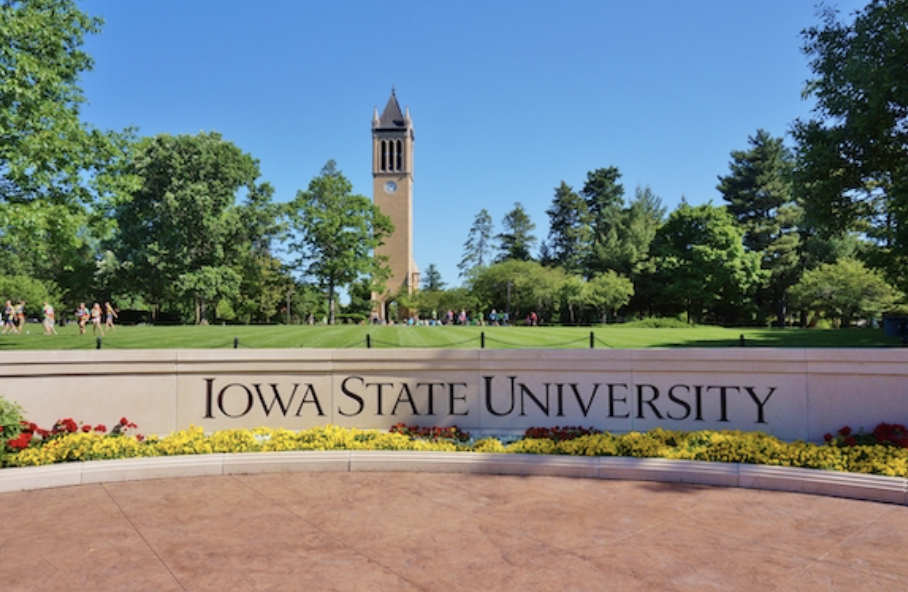 AMES, Iowa. – Dec. 10, 2019 – The College Fix — The Iowa State University Police Department is working with RITE Academy to provide a classroom session for department leaders in December and all officers in the spring,” Hunt said via email.

The campus police department did not respond to queries seeking information on what kind of material their officers would be studying in December or next semester.

On the university website, the administration said that officers would be undergoing “racial intelligence training.” According to the website of the Racial Intelligence Training and Engagement [RITE] Academy, on Dec. 12 leaders of the police force will attend a “racial intelligence” workshop put on by that organization.

“RITE helps to reinforce the company culture of treating everyone fairly, in a professional manner. Learning to value others, is key to building a professional workplace culture, that will be passed on for years to come,” the group says on its website.

RANDOLPH — Police Chief William Pace reports that four members from the Randolph Police Department will participate in a course led by the Racial Intelligence Training and Engagement Academy (RITE Academy) next month.

The RITE Academy offers a unique form of cultural diversity training that equips officers with techniques to better enhance their work by identifying and removing implicit biases and improving verbal skills among officers.

Additionally, the RITE Academy teaches participants to use emotional and social intelligence to improve communication with the public, and in turn, de-escalate 95 percent of service calls.

“The RITE program is a valuable course for members of the Randolph Police Department to take because it gives them important tools needed to respond to modern challenges we face in our profession,” Chief Pace said. “De-escalation tactics are key skills to have when responding to any situation, so I foresee this portion of the training to be particularly valuable.”

The Middletown Division of Police is hosting a two-day, Racial Intelligence Training and Engagement (RITE) for 20 officers around the state this week.

Muterspaw called it “incredible training” and he said the RITE Academy has become “one of the most well attended, innovative and progressive” classes in the country.

“This is a great tool to train our officers in de-escalation of incidents. It benefits us and those we deal with on a daily basis.

This training isn’t just about race, it is about emotional intelligence and decision making. We sent three of our officers up to Cleveland for the class a few months ago and they loved it.

One of our goals is to keep our officers safe and make our community more at ease when dealing with potentially bad situations. That is what this training does.

Looking forward to the RITE Academy!”

SOUTH EUCLID, Ohio The Notre Dame College Police Department is hosting a train-the-trainer course on racial intelligence with de-escalation and cultural diversity training for law enforcement officers on Tuesday and Wednesday, March 7 and 8, in the College’s Administration Building, Room 120. The sessions will go from 8 a.m.–5 p.m. each day. Notre Dame College is located at 4545 College Road, South Euclid, Ohio 44121.

The course has been designed to address issues the Ohio Collaborative is currently facing and discussing, especially the new Bias Free Policing Standard. Participating officers will learn from experts in the field and then take the course information back to their officers and departments. Read more…

After Chief Lentz was appointed Chief of Police, he recognized the importance in educating his force on the importance of cultural diversity by bringing in nationally recognized expert Capt. Michael Crawford.   Now with two certified instructors on staff, training can be implemented more frequently and more convenient to our officers. As previously mentioned, as we build our community relationships, we build public trust. Read more…

RITE in the News

The training, which came from RITE Academy, Racial Intelligence Training and Engagement, continues Thursday. After that, attendees will share what they’ve learned with school guardians at their respective school districts.

The goal of the training is to improve outcomes for law enforcement officers, and soon, school guardians, and the people they interact with by asking authorities to take responsibility for their emotions, instructors said.

“Most public servants get in trouble with their mouths,” RITE Academyco-founder and CEO Linda Webb said to the twelve participants gathered in an LPD conference room. “I’ve gotten in trouble for my mouth.”

Sgt. Fred Jones of the Lake County Sheriff’s Office is a proponent of RITE’s training. He has given the training multiple times and said it reduced citizen complaints and use of force incidents among road patrol and correctional officers by 60% between 2016, when the training was given, and 2017. Read more…

Pittsburgh police received a different kind of training this week, one focusing on turning inward in order to better their outward interactions with their colleagues, their families and their communities.

The name of the training — Racial Intelligence Training and Engagement — was deceptive to some. Sgt. Donald Mitchell said he expected more cultural sensitivity brow-beating.

“It’s not what the name implies, and that’s a good thing,” he said, noting that he’d thrown up barriers before the class even began. He said he suspected many other officers did, too.

“This is more in-depth, on not just how to deal with your feelings but the feelings of other people,” Mitchell said.

Led by co-founders Linda Webb and Randy Friedman, RITE training works under the equation of Emotional Intelligence + Social Intelligence = Racial Intelligence. The first component, EI, is the officer knowing his or her own emotions and biases. The second, SI, is the engagement with the public. “This is where racial intelligence comes in,” Webb said.

“Racial Intelligence is about teaching people that we are a human race and everybody should be treated fairly no matter what it is you look like.”

Officers can’t value others if they “rolled out of that patrol car already pissed-off angry.” Read more…

Chief Thomas Phillips has a game plan. As the leader of NIU’s Department of Police and Public Safety, Phillips strives to ensure that his team is ready to protect and serve NIU students, employees and community members in DeKalb.

“Training our officers is a key part of what we do,” Chief Phillips said. “We are always looking for ways to strengthen our skills and develop new skills so we are operating at the highest level possible.”

With that in mind, Phillips reached out to the Racial Intelligence Training and Engagement (RITE) Academy, an Orlando-based company that provides innovative training specifically for the public safety sector. Founded in 2015 by a retired police officer, the academy aims to give officers the tools they need for improved communication in the department and in the community.

Racial intelligence training is based on the premise that officers need to be aware of their personal biases in order to effectively deal with others. The training sessions aim to help law enforcement officials better understand their own biases which then improve their interactions with the public.

“This program is cutting edge,” Chief Phillips said. “The main focus of the training is self-awareness; the first step to overcoming biases is to be honest about them.” Read more …

POSTED By Tawana Roberts: March 3, 2017.  It took place at at Notre Dame College in South Euclid and the college Police Department hosted the “Train-the-Trainer” course on racial intelligence.

“When we see the word racial — it is not just black and white,” said Notre Dame College Police Chief Jeffery Scott. “It’s every color, every dynamic, every stretch of the culture you can imagine and how we can apply every bit of this. Read more…

Middletown’s police department is committing to training officers in new policing techniques and being more involved in the community, according to police Chief Rodney Muterspaw.

Responding to questions on immigration, undocumented immigrants and sanctuary cities, Muterspaw wrote on the department’s Facebook page: “we will enforce the laws that are on the books in Ohio.”

To help in those efforts, the police department will send three officers to the RITE (Racial Intelligence Training and Engagement) Academy.

The training offers more than information about race, he said, noting that officers and dispatchers encounter different cultures, classes and religions.

Officers from the Central Falls and Pawtucket police departments on Thursday and Friday participated in a rigorous two-day course to educate them on racial biases and how to appropriately handle high-pressure situations.

The departments over the two days at the Wyatt Detention Facility Training Center participated in a Racial Intelligence Training and Engagement, or RITE, “train-the-trainer” course, which served as a way to educate the departments on cultural diversity through a new lens, identifying “implicit bias” and improving communication to deescalate high pressure situations.

Two months later, five officers became certified as Trainers in Racial Intelligence, in order to roll it out to their entire department. Some thought this was the same old cultural diversity class they’d have to take back and “brow-beat” their officers with. They quickly learned, this course is about building officers, not breaking them.

Scroll back to top