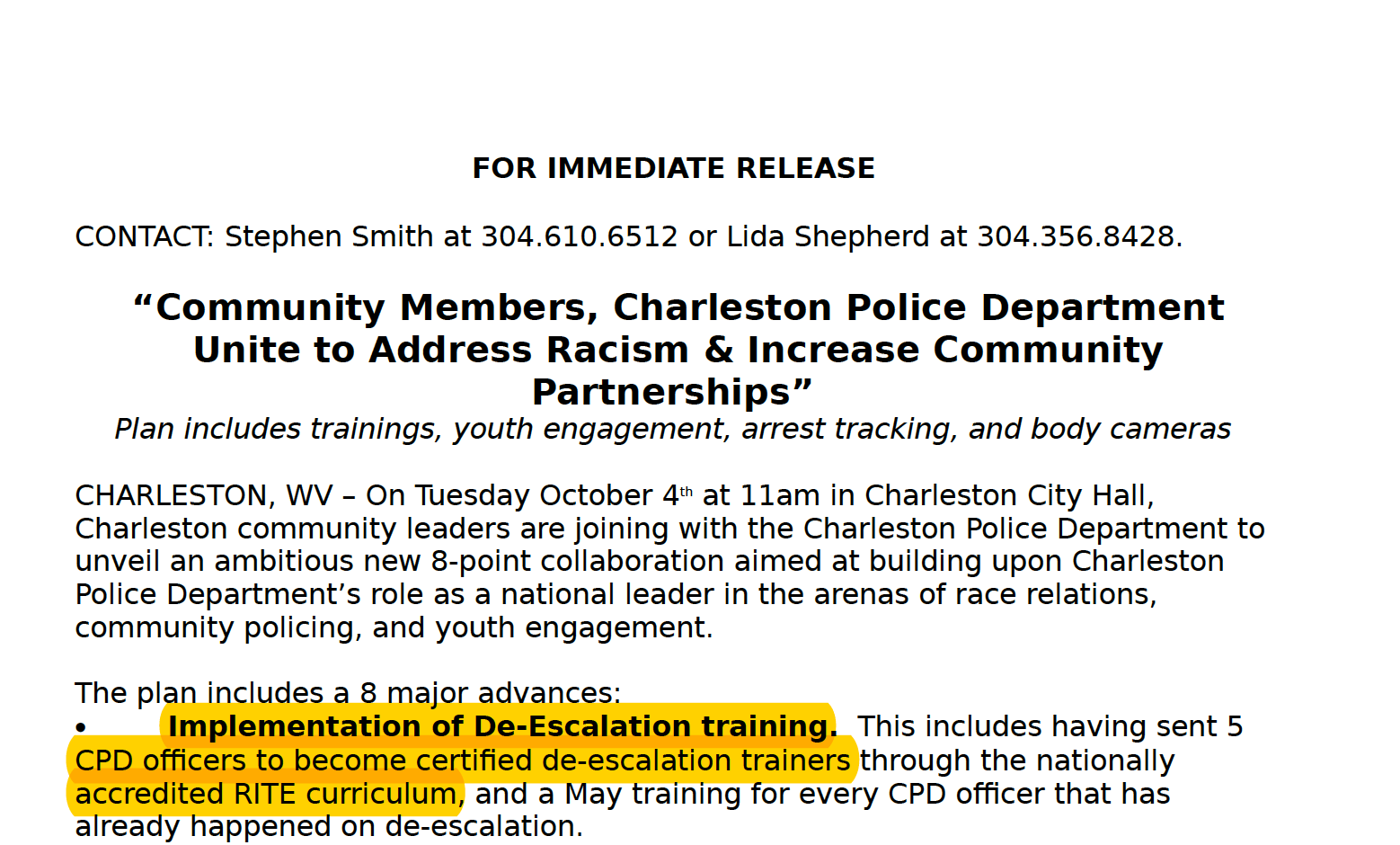 “Our Chief likes to stay ahead of the curve!”

When Charleston PD Training Commander, Chris Johnson called RITE last January he said, “we have a very pro-active Chief and department, and RITE training fits our needs.” Two months later, five officers became certified as Trainers in Racial Intelligence, in order to roll it out to their entire department. Some thought this was the same old cultural diversity class they’d have to take back and “brow-beat” their officers with. They quickly learned, this course is about building officers, not breaking them.

Emotional and Social intelligence modules that includes De-escalation is what makes the Racial Intelligence model work, in this 2-day extensive training. Trainers learn how to look in the mirror and apply the information for themselves first, on the job and at home, and then learn how to teach it to others. The RITE tools each officer receives in class, allows the learning to continue well after the class is over, and during their daily routine when engaging with the community.

RITE is proud to be a part of Chief Webster’s initiative to improving race relations within the Charleston Police Department and the community. What follows is an excerpt from the Full Gazette article. 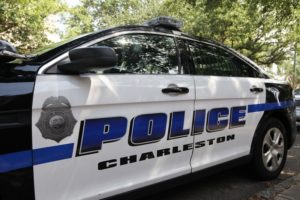 or any of a host of other cities healing from the aftermath of the fatal shootings of black men by white police officers in often-murky circumstances.

But the city is not immune to racial disparities in its arrests, a problem throughout the country. Advocates across the nation are calling for laws and policy changes to address the failed drug war, which disproportionately affected the black community and contributed to broken homes, poverty and unemployment.

Hoping to strengthen the community relationships that would prevent the civil unrest that followed Ferguson while addressing racial disparities in all arrests, members of the CARE coalition, also co-chaired by Stephen Smith, have been working on the initiative for more than a year. Faith leaders, community and civil rights activists and others were involved in developing the plan. 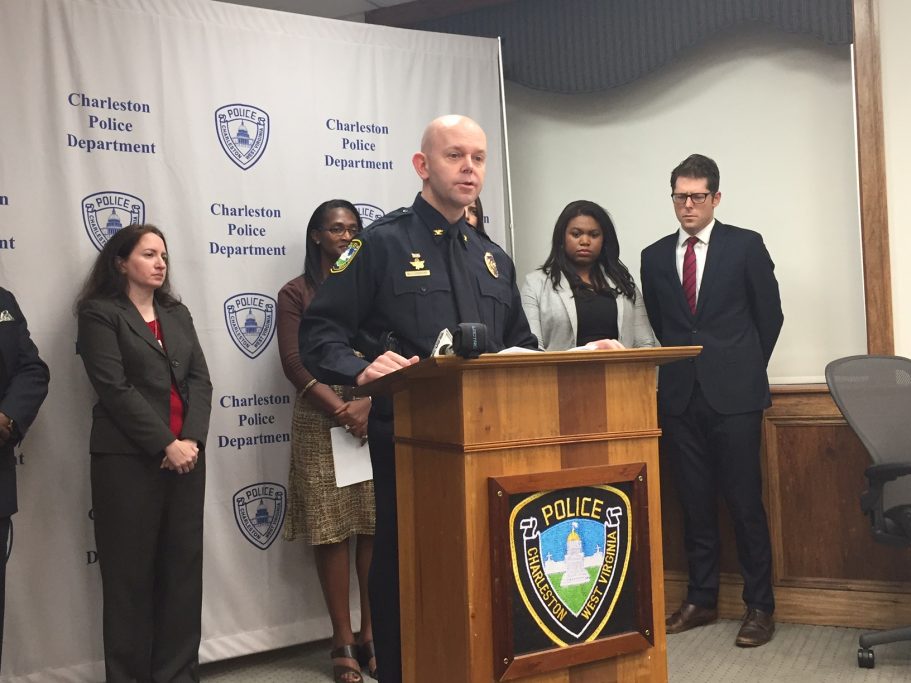 “I would hope a citizen would read this and say, ‘Wow, the police department’s trying,’ ” Webster said. “The Charleston Police Department does care.”

According to Webster and other organizers, the plan includes:

Webster said he was drawn to the training because of its focus on “emotional intelligence,” which involves officers being aware of, and putting aside personal baggage before work each day. “It’s basically coming to work prepared to treat everybody with human dignity,” he said.

Other parts of the plan includes:

“Maybe someone changed a tire for someone or bought them a tank of gas,” he said. “These are the kinds of things the public needs to know we’re doing.

“I really want people to see police officers as human beings, because that’s what they are.”

Talks between Charleston Police Department leaders and coalition members on ways to reduce recidivism. But Webster recognizes there is still work to do.

“Nationwide, communities and police departments are clashing over what to do about this crisis,” he said, “but not in Charleston, West Virginia.”

RITE Training helps law and corrections agencies improve communication to avoid the Block-out Syndrome, to De-escalate situations, build Career resiliency, Leadership skills, and Departmental recruiting. See our EVENTS page for a training near you, or become a Host site!