CENTRAL FALLS – Officers from the Central Falls and Pawtucket police departments on Thursday and Friday participated in a rigorous two-day course to educate them on racial biases and how to appropriately handle high-pressure situations.

The departments over the two days at the Wyatt Detention Facility Training Center participated in a Racial Intelligence Training and Engagement, or RITE, “train-the-trainer” course, which served as a way to educate the departments on cultural diversity through a new lens, identifying “implicit bias” and improving communication to deescalate high pressure situations. 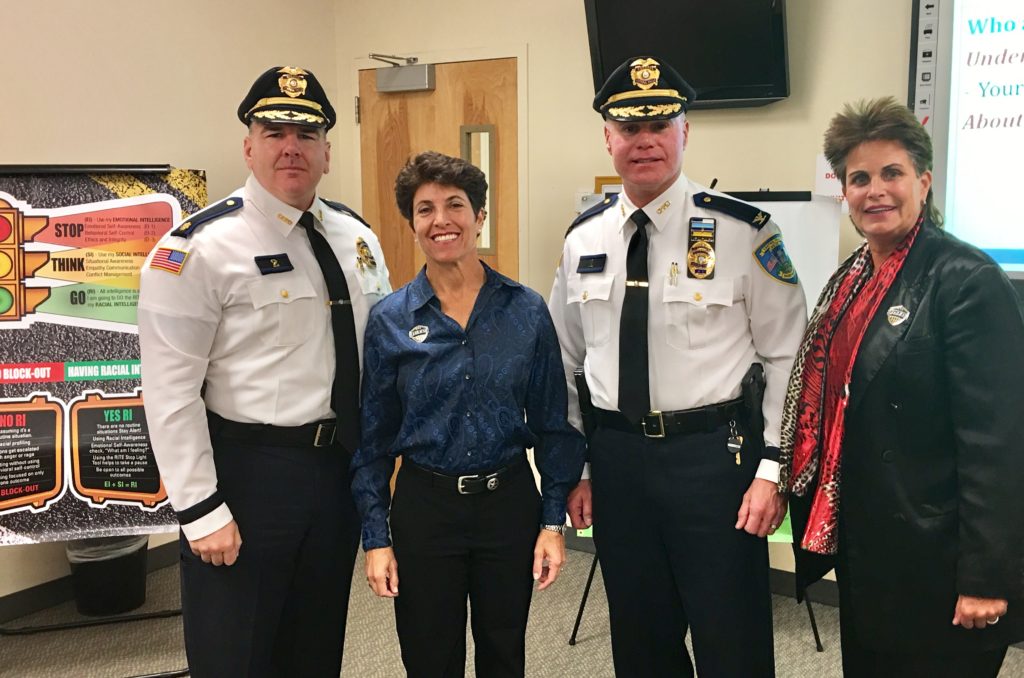 RITE co-founders Randy Friedman and Linda Webb during the two-day course trained the officers to be aware of their emotions, asserting that the training focuses on what the officer feels so he or she can improve their reactions, which in turn will reduce use-of-force incidents.

“One of the missing links for de-escalation training is how we get through to the officer on the street is by helping them personally. We’re teaching them tools on how to better themselves because if you improve the officer, you improve the department which improves community trust.”

[bctt tweet=”What makes #racialintelligence different is teaching emotional intelligence to officers first – what am I feeling and thinking before I engage in others, Friedman said.” username=”RiteAcademy”]

RITE was founded nearly two years ago after Friedman – who previously worked in corporate and athletics training, and Webb – who worked for more than 35 years in law enforcement, saw “all that was happening in the media, all the departments blowing up, officers getting into trouble, one officer taking a whole department down. It didn’t sit well.” 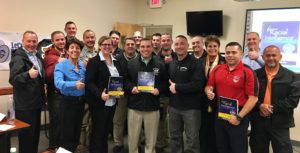 With this “train-the-trainer” course, once the officers are certified in racial intelligence, they’re certified to take that information back to their respective departments and roll out the training to all of their officers.

Friedman said her definition of “racial intelligence” is the practice of using emotional, social intelligence and the tools developed to treat one’s self and others more fairly. Implicit bias, she says, is essentially a hidden bias that one may or may not be aware of that they have had for a long time.

One example of “implicit bias” from the two-day course came from an officer who said that a person growing up in his family was a “stupid drunk” and he said that he can tolerate “fun drunks” but that he could not stand those who go on rampages while under the influence.

“My implicit bias is handling calls that are with ‘stupid drunks’ and I realize now that … I probably escalated the call unknowingly and now I realize I can handle it differently,” Friedman recalled the officer saying.

Since starting about two years ago, RITE has engaged with approximately 50 departments nationwide and Friedman said that the results have been “incredible.”

“It takes 21 days minimum to change a habit, anything you’re implementing new does take a bit of time,” she said.

“One of the biggest differences with our training is that we give the officers tools that allows them to not just learn in the class, but use the information beyond the class as well.”

One of the tools seen in the classroom on Thursday and Friday was the “RITE Emotional Ladder,” an 18-rung ladder that has 18 different emotions. At the top of the ladder are emotions such as love, gratitude, and joy and toward the bottom are jealousy, guilt, and fear.

“Nothing good ever happens by living at the bottom of the ladder,” Friedman said. 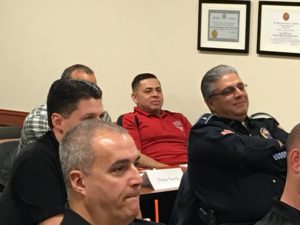 Pawtucket Police Lt. Bob DaSilva said the two-day course was beneficial “in that it focuses on the individual officers’ emotional and social intelligence.”

“It’s a way to teach officers to look at how are they feeling with interacting with different situations, to take a step back if they find that they are not on the right emotional scale and a lot of things affect your emotions on a daily basis,” DaSilva said. “It could be something at home, it could be a call you just went to earlier, it could be a number of things that impact how you’re feeling and we need to make sure that when we’re interacting with volatile situations that we have our own emotions in check before we make decisions.”

“It’s a very good program,” the lieutenant continued. “I didn’t really know what to expect when we first came in. Anything that can make a department stronger and better in dealing with people in the community, it’s worth looking at … We’ll be taking this back to our department to share with the rest of the department.”

Central Falls Police Chief Col. James J. Mendonca said “in this post-Ferguson environment many people have lost confidence in the police. This training is just another shining example of our agencies steadfast commitment to effect positive change by finding new and innovative ways to strengthen relationships with the community we serve.”

“This training places officer wellness at the forefront – because when you help an officer be a better person, the profession benefits as well and as a result confidence is expectedly renewed,” Mendonca added.