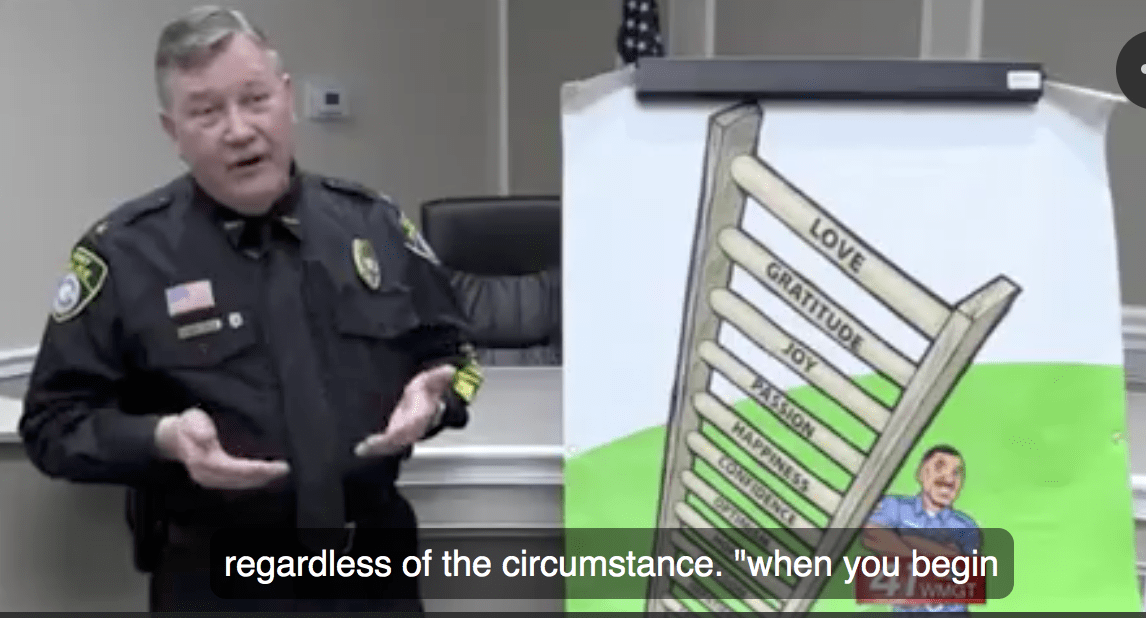 PERRY, Georgia (41NBC/WMGT) –Stress on the job mixed with natural human bias can make for disastrous encounters almost every time.

Departments across the nation including a few in Middle Georgia have had their fair share of misconduct among officers.

[bctt tweet=”Just because we put on a uniform does not make us immune to the things that people see, hear, and feel. It just doesn’t. We’re still people. – Chief Stephen Lynn.” username=”RiteAcademy”]

That’s why police in Perry are taking a look in the mirror, and through a new program, enforcing the law the RITEway.

“The great thing with this program is it reminds you to keep yourself in check before you go out there and have a negative interaction with somebody out there in the community,” said RITE instructor Officer Adrian Moss.

RITE stands for Racial Intelligence Training and Engagement. It was started by two women in Florida as an effort to keep those stressful situations first responders encounter daily from escalating.

“We pay attention to all of these instances that happen locally, regionally, nationwide. Part of this training is actual video, whether it’s dash cam, body cam, a citizen who’s taping it, a storefront surveillance camera that’s capturing officers not behaving appropriately,” said Chief Lynn.

The training uses instances of excessive force and police misconduct as examples of what not to do and requires officers to be accountable for their emotional state regardless of the circumstance.

“When you begin and you’re somewhere toward the bottom, someone is going to say something that’s going to trigger your implicit bias, and it’s gonna set you off. As soon as they say something that sparks that fire, because everybody has a bad day, you’ve got an officer engaging negatively with the community and that’s what we’re trying to avoid,” Moss told 41NBC.

Through practice with various exercises and a little self reflection, Perry Police are learning how to be better officers and servants to the community.

Perry’s police department was first in the state of Georgia to embrace the program and has since helped other neighboring departments come on board as well.

Fire Department members in Perry have also recently gone to the training as well as members of Centerville’s Police Department.