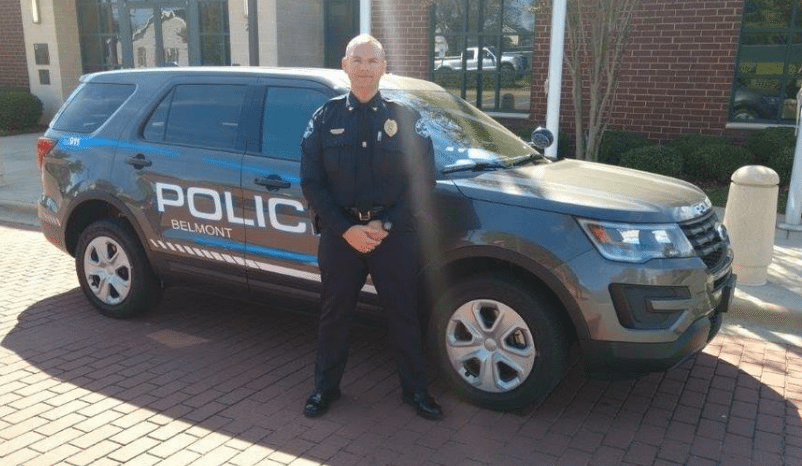 The new Chief of Police for Belmont Police Dept., NC is also a Certified Trainer in Racial Intelligence. The article below is a re-post from the Gaston Gazette written on April 9, 2017.

Belmont’s newest police chief is no stranger to leading a law enforcement agency.

Chad Hawkins served as the chief of Cherryville’s police force for four years before accepting the job as assistant chief in Belmont in February. Hawkins then became interim chief when Skip Clark resigned a month later, and the interim tag was removed after a City Council vote last week.

Hawkins said he didn’t know upon switching agencies that a promotion would soon follow, but that his mind is set on leading the department.

Hawkins has 22 years of police experience, including stints in Gastonia, Lowell and Cherryville.

He said his focus in Belmont will be on training, community partnerships and problem solving. He is a North Carolina general instructor, a National Police Training Officer instructor and a Racial Intelligence/De-escalation communication instructor.

RITE Training helps de-escalate 95% of calls. Unique cultural diversity with EI & SI improves communication, builds Career resiliency, and improves Department morale. See our EVENTS page for a training near you, or become a Host site! Contact us about TRAINING for your agency.