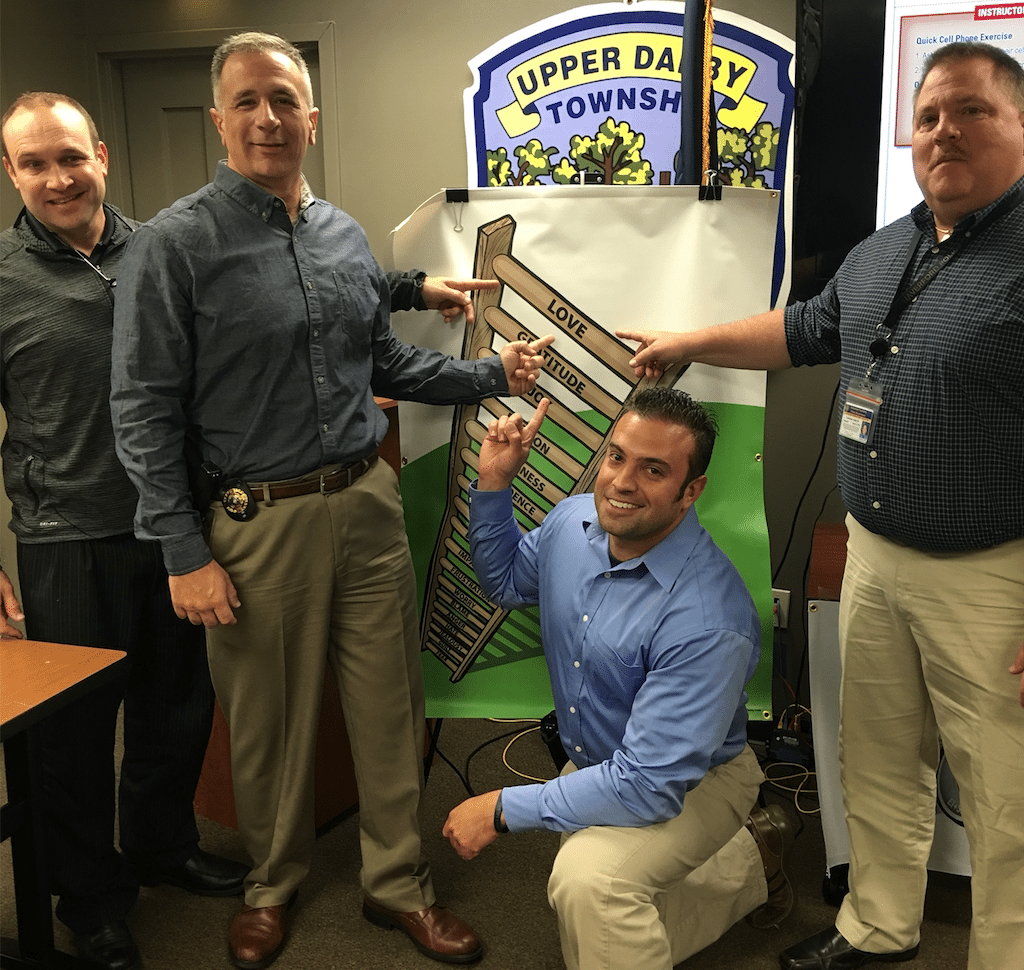 If I can guess anything, it’s that you wouldn’t expect a 70-something, 50-year police force veteran from South Philly to be, as the kids say, “woke”—that is, aware of the inequalities, cultural and legal, that beset us all. But holy wow, Upper Darby police superintendent Michael Chitwood is that, and then some.

Chitwood, among the Philadelphia Police Department’s baddest alums—his nickname on the force was “Dirty Harry”—spares little time in discussing what he thinks is the truth about modern policing: Cops and civilians just aren’t getting along, and most of the time the blame is on the cops.

“In my experience, and in my opinion, the majority of negative incidents between police and people of color always start with the police and their approach,” Chitwood says.

Related from The Philadelphia Citizen:

Talk is one thing, though. It’s another to take your police department and turn it into a sensitive, emotionally intelligent—but still tough on crime—force that can actually work with the community it serves, rather than against it. But that is exactly what Chitwood is doing.

Chitwood is taking the proactive route; he’s not waiting for a major incident to spur change in his department. With the help of RITE Academy—a training company that helps cops better understand their prejudices, and build a more careful, friendly rapport with the neighborhood they serve—Chitwood intends to build a more considerate police force in Upper Darby.

Chitwood needed only to look around to see why this might be needed in Upper Darby, which is among the most diverse areas in the country. The town’s 100,000 residents live in 8.25 square miles, with worlds colliding at every corner.

“It’s estimated that there could be as many as 70 languages spoken, representing almost 90 countries. So we are a very, very diverse community,” says Chitwood. “So we see what’s going on in the rest of the country. A lot of animosity between minority groups and police. We thought, ‘How can we as an organization train these guys?’”

Chitwood says that after rigorous research, Upper Darby selected Orlando-based RITE Academy (Racial Intelligence Training & Engagement) to teach racial and cultural sensitivity and deescalation techniques to six officers—three captains, two detectives, and a sergeant—who are then charged with training all of Upper Darby’s more than 125 cops. (At a price tag of $425 per officer, it’s all Chitwood could afford to spend.)

Sergeant Tim Bernhardt was among the Upper Darby trainees. With a host of other area cops, including some from Villanova University and a North New Jersey police department, he did what he describes as a two-day crash course with, uh, Parris Island-level deconstruction.

“This program, it really brings you to the core of yourself, and allows you to examine your weaknesses and your strengths. It brings you down and builds you back up, and forces you to focus on building your strengths,” says Bernhardt.

That meant, for some, confronting their own experiences with trauma, so they understood what might make them overreact. “Someone who was raised around alcohol, that might be a pushbutton for them,” says Bernhardt. “So when they come in contact with someone who’s drunk on the street or driving under the influence, the officer can then say to themselves, ‘You know, that’s one of those things where I may go overboard.’”

Besides that Emotional Intelligence training, the RITE workshop also focused on Social Intelligence training, teaching officers to accurately survey their surroundings, recognizing cultural differences and triggers in the community that might escalate a situation. The trainers pushed Bernhardt and the others to take a hard, honest look at their prejudices, whether they’re racial, cultural or whatever, and then account for those prejudices when they’re on the job. It also teaches officers to remain calm in tense situations. All in all, he says, it was a pretty intense two days.

Day one of the two day program, according to RITE Academy founder Linda Webb, focuses largely on emotional intelligence; officers talk about self-control, awareness, and emotion, and specify situations in which their emotions got the better of them. It’s largely a survey of their careers as officers, and they are ordered by their RITE teachers to go home and talk to their families about their triggers and struggles.

Day two is dedicated to social intelligence, situational awareness and hostility management. Teachers instruct officers about blockout syndrome, a major problem among police, wherein officers fail to engage in substantive conversation with civilians they interact with and instead get sucked into back-and-forth sniping exchanges. On this day, officers are also taught de-escalation skills, and asked to talk about times in their lives, before they were police, during which they felt themselves vulnerable to police, like when they were first pulled over; simply put, they are taught to put themselves in the shoes of the folks they have to deal with.

The idea is to create a higher level of understanding and comfort with the people they are there to serve. But man, is it weird to hear a cop refer to psychological triggers.

That racial and emotional intelligence is part of Chitwood’s vocabulary is both surprising—and not. Chitwood is a larger than life figure, who received dozens of commendations for valor and bravery after joining the Philly police in 1964. (He also was accused, but never charged, with excessive brutality.) He was a beat cop, detective and a crisis negotiator in Philly before becoming the chief of Portland, ME’s police—where he helped broker peace among that city’s refugee population and brought crime down 60 percent.

Now, as superintendent of police in Upper Darby, he has watched cities around the country explode in anger over police killings and other racial incidents and has taken this unlikely turn: putting his entire department through what amounts to a feelings-intensive ringer, designed to remind police that they are part of an emotional and cultural ecosystem.

“Police-community interaction is probably the biggest component that police have to face,” Chitwood says. “Whether they’re racial components, or dealing with the community as a whole, this kind of training can at least give you the tools to deal with the community in a more proactive way. I think if you look across the country, I think there needs to be more of this type of training.”

To Chitwood, being part of the old school doesn’t mean that you’re a stick in the mud; rather, it often affords you the ability to see what you lacked when you were just starting out, and what you needed to improve. For him, it was training. The man himself is a rabid consumer of information and studies—he did some work at Harvard, mind you—and he says that officers who came up in his day received virtually no training on how to handle racially or emotionally sensitive issues. To Chitwood’s mind, training isn’t a matter of course, or a work requirement to half-heartedly sit through.

It’s something of a privilege.

“Forty years ago there was no training if the budget didn’t allow it to happen. Forty years ago I was in Philadelphia as a police officer, a detective, it was almost non-existent. I’ll give you an example: I wanted to learn hostage negotiation techniques. I personally had to take out of my financial wherewithal to buy tickets to Florida, take the course and put in place what I learned,” he says.

Now, Chitwood says, it’s all just part of operating a modern police department—a vital part, because as he sees it, the common denominator behind any police organization with severe racial incidents is that their officers don’t have the right kind of racial or cultural awareness.

“You can never have enough training,” he says.

The Philadelphia Citizen will only publish thoughtful, civil posts. We want to be a communal space. But that doesn’t mean you have a First Amendment right to be an idiot. Send us an insulting, offensive and/or wildly off-topic comment and not only will we refrain from posting it — we will laugh at you before we hit delete. 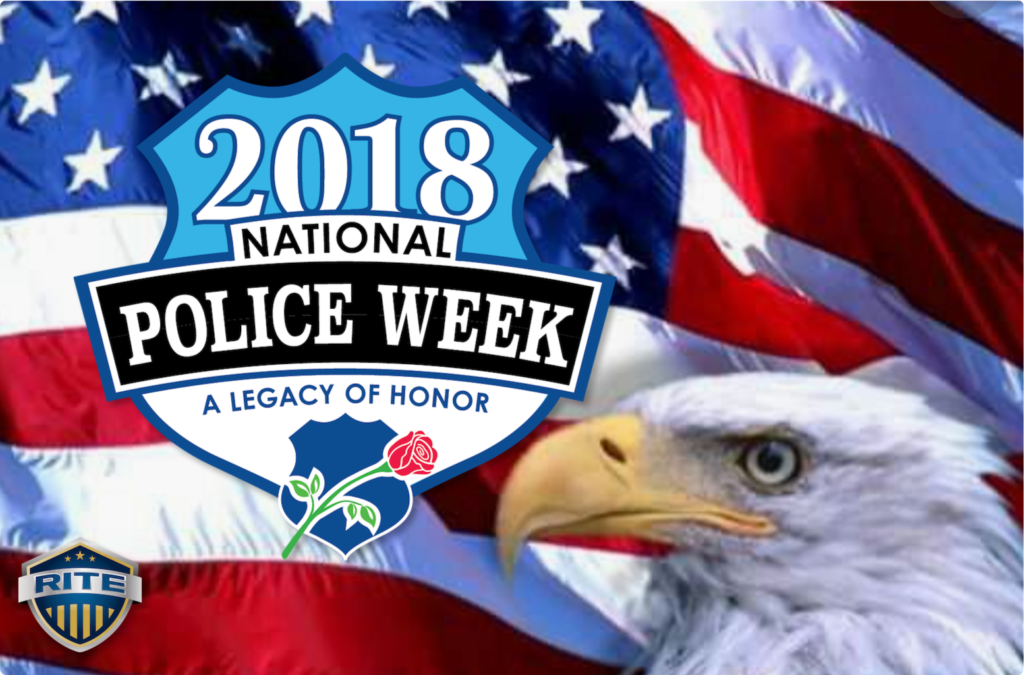 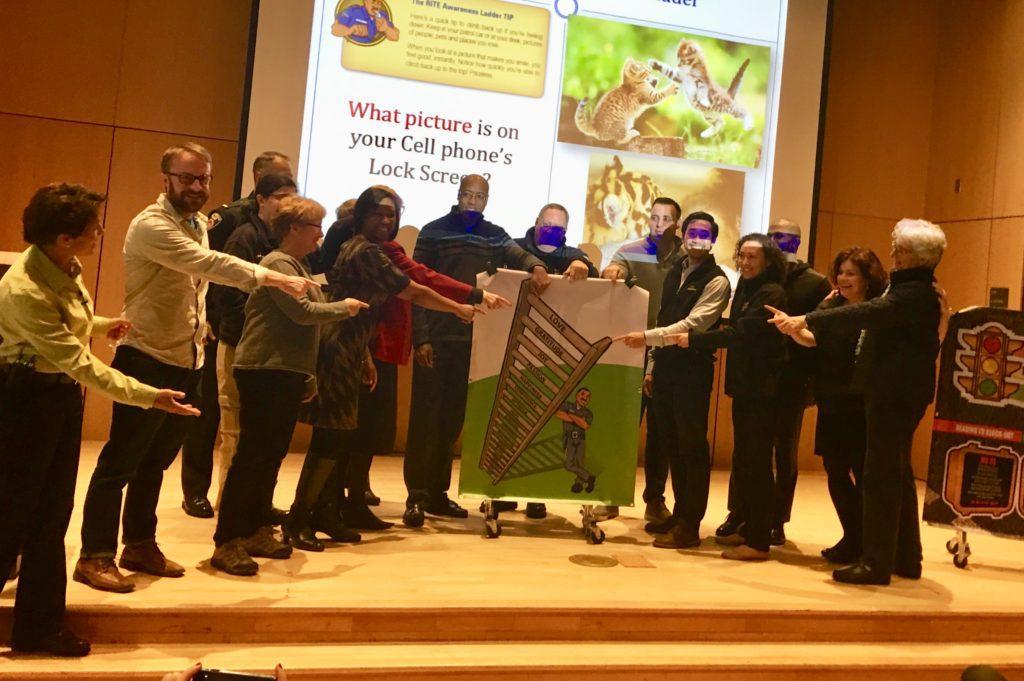