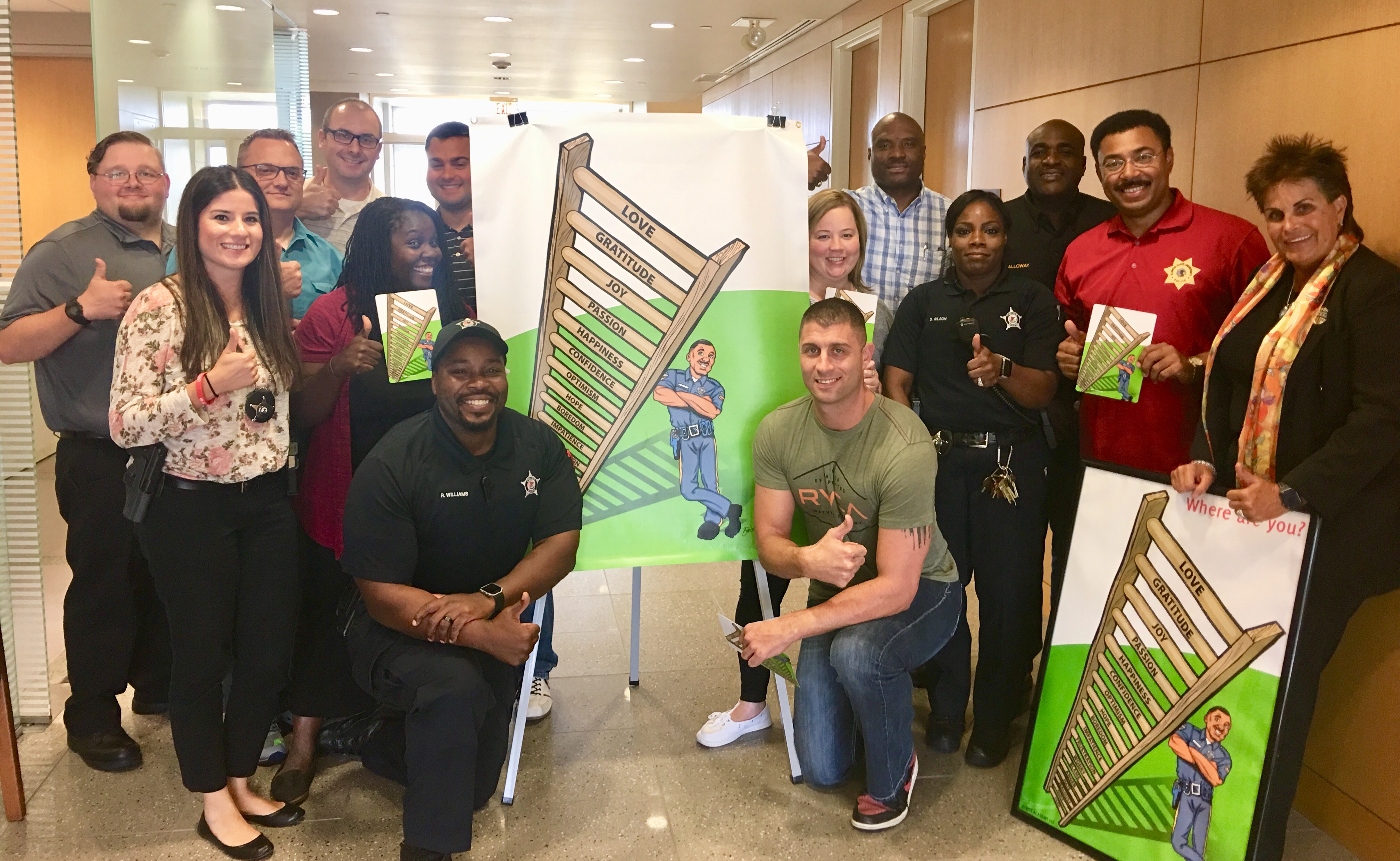 The Hollywood stereotype of a tough cop usually portrays a steely-eyed officer with ice flowing in his veins, cut off from those pesky emotions that might slow the action. The reality of how officers interact during an incident can be quite different. Appears In IdentityReport

“We’re human, so just ignoring emotions won’t help,” said Sgt. Michael Gardner of the Illinois State University Police Department (ISUPD). “We can’t just take half ourselves to a call. We have to be at full attention, and that means acknowledging emotions.”

Sgt. Michael Gardner, left, in a photo that appeared in the Pantagraph newspaper.

Gardner, who is part of the Inclusion Change Management Team for the Division of Student Affairs, is helping institute a project for the ISUPD known as Racial Intelligence Training and Engagement (RITE). The training walks participants through the process of recognizing and understanding bias and the emotions that may surface during a call.

“I know it is called ‘racial intelligence,’ but it should really be called cultural intelligence,” said Gardner, an 11-year veteran of the ISUPD. “Race can be part of it, but it is more about understanding what you bring with you.”

Gardner took part in a RITE train-the-trainers program last year, which offered exercises and workshop formats. The training, which ISUPD will conduct, is designed to have participants recognize what might be influencing their decisions. “During the training, one officer realized he was really heavy-handed when he responded to a drunk and disorderly call,” said Gardner, who noted going through the program helped the officer understand he was reacting to his own alcoholic parents. “He said he didn’t realize he was carrying that with him to the calls.”

Along with personal history, RITE factors in social intelligence, or a person’s implicit bias toward a situation based on social factors such as religion or class. “We all grow up thinking things are supposed to be a certain way,” said Gardner, who noted RITE training takes steps to help officers discover what might trigger a bias. “Sometimes just acknowledging a bias can allow someone to handle a situation a little more fairly than you might have.”

RITE also focuses on emotional intelligence, or focusing on what officers are feeling when they respond. “Think of it as a ladder,” said Gardner. “If your pet dies, or you are dealing with something like a divorce, then you are already down on the emotional ladder.” Acknowledging those emotions can assist officers when they get ready to approach a traumatic or intense scene. “We’re taught to take a breath, recognize where we are before we go in.”

ISUPD Chief Aaron Woodruff said it is important for the entire department to go through the RITE program. “This is about our ability to react—and interact—in situations with a commitment toward empathy,” said Woodruff.

“It’s all about situational awareness,” said Gardner, “and being your best when you respond to someone who needs you to be your best.”

About RITE Officer Training –  It starts with helping officers communicate with others more effectively. Raise your department cultural, set standards to include more ‘Thank You’ time on the street. When agencies embrace RITE training, police complaints have reduced by 50%, as well de-escalated use-of-force action, and see a 25% increase in public praise.