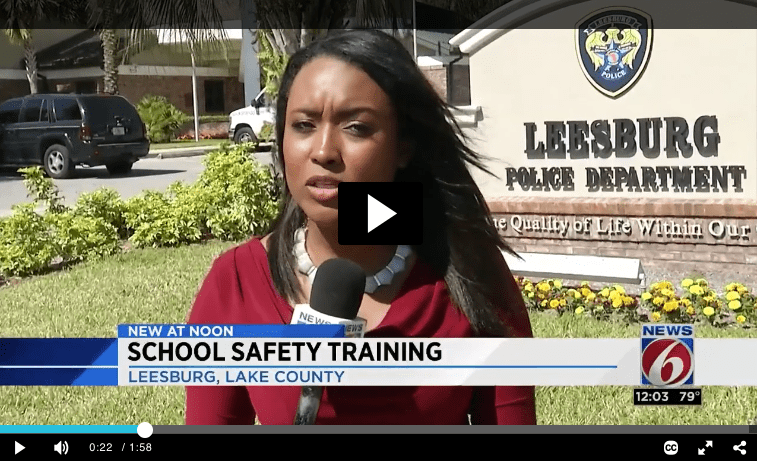 LEESBURG, Fla. – Law enforcement officers from agencies across Central Florida met in Leesburg for training they plan to implement as resource officers are placed in every school next year.

Officers from Polk, Marion, Okaloosa, Lake and other agencies underwent training from the Racial Intelligence Training and Engagement Academy. RITE focuses on emotional and social intelligence to problem solve, asking officers to consider their emotional state and headroom before reacting to situations.

“Before I engage with the public, I have to decide where I’m at emotionally,” co-founder Linda Webb said.

The former officer says she created the class in response to unrest in Ferguson and the emotional turmoil in the country, but says the tenets extend to everyone. Participants are asked to look at a ladder of emotions with love, gratitude and joy at the top and fear, hate and anger at the bottom.

Officers are asked to take a step back if they are operating out of bottom-level emotions when interacting with students or the public. Webb says the mindset shift can determine how officers are viewed and then responded to by students and the public as more are sent to schools.

“You’ll be able to see, if you have a student that maybe is angry, maybe has the potential that they might bring a gun or something to school, you’ll be able to see that and then communicate that to a school resource officer,” Webb said.

Lake County Sheriff’s Office public information officer Fred Jones says the LCSO and Leesburg police have both implemented the practices, and are seeing results with fewer complaints and use of force.