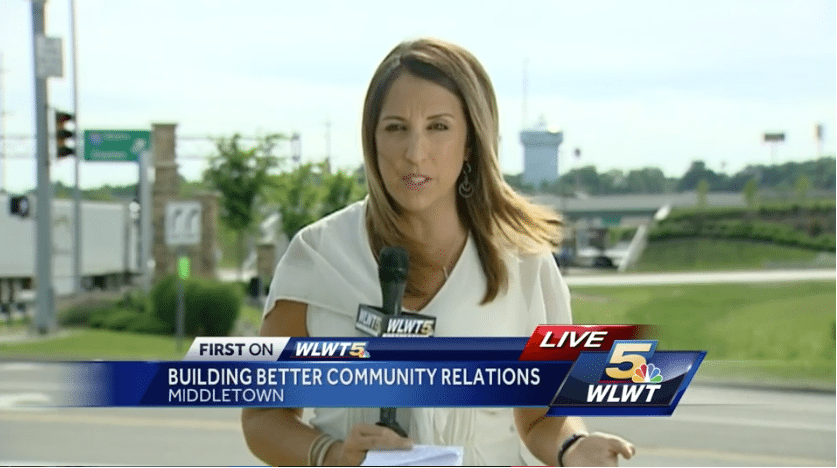 “They’re going to be better police officers, and better with the community if they’re emotionally healthy within themselves,” Muterspaw said. “Hopefully it will help us de-escalate bad situations.”

MIDDLETOWN, Ohio — Police officers from nine departments gathered at the Middletown Police Department on Wednesday for a training session on a topic that wasn’t covered in the police academy, emotional and racial intelligence.

“We spend a lot of training on tactical training when 95 percent of the time, the police calls we go on are about communicating. We need to find better ways to communicate with the public,” said Linda Webb, RITE Academy founder and CEO.

“When we saw what happened in Ferguson, and we saw the recent police shootings, we thought there was a need for us to go out and teach police officers,” Webb said. “It’s high time we start talking about emotional intelligence.”

They said racial intelligence is the ability to see difference in all people and treat them with respect. They said officers have the power to control and de-escalate many situations.

“When you have a better understanding of your emotional self awareness, you’re going to be able to manage every situation that much better because you are going to take a breath before you attack it,” Friedman said. “You can’t manage emotions if you don’t know what they are.”

To help get officers in touch with their emotions, Friedman showed them an picture on an 18-rung ladder. The bottom steps represented fear, guilt, jealously, hate, anger, blame, worry and frustration. The top step was love, then gratitude, joy, passion and happiness.

“When emotional self awareness is lacking, you don’t know where you are on the ladder, your judgments going to get clouded,” Friedman said.

Friedman said officers should always know where they are on the ladder, and nothing good happens at the bottom.

Trainers taught officers ways they could change their emotions prior to going on a call.

One way, to add a photo to the home screen of their phone of their families or pets or vacations, something that would make them smile.

“Put something on your cell phone that makes you smile, and in between calls look at your cell phone, get back to a better place, or as we say, get back to the top of the ladder, get in a better emotional space before you go to that next police call,” Webb
said. “As a police officer, before you engage with the public, we want you to have your emotions in check, and we want you to be in a better space.”

Middletown police Chief Rodney Muterspaw said his officers see heartbreak and death often and the RITE Academy training should help release some of the negativity they take home with them.

“They’re going to be better police officers, and better with the community if they’re emotionally healthy within themselves,” Muterspaw said. “Hopefully it will help us de-escalate bad situations by being a better person.”

Officers from Middletown, Fairfield, Oxford, Ohio University, Amberley Village, Indiana State University, Butler County Sheriff’s Office, Athens and Worthington attended the training. Those officers will take what they learned and share it with their departments.