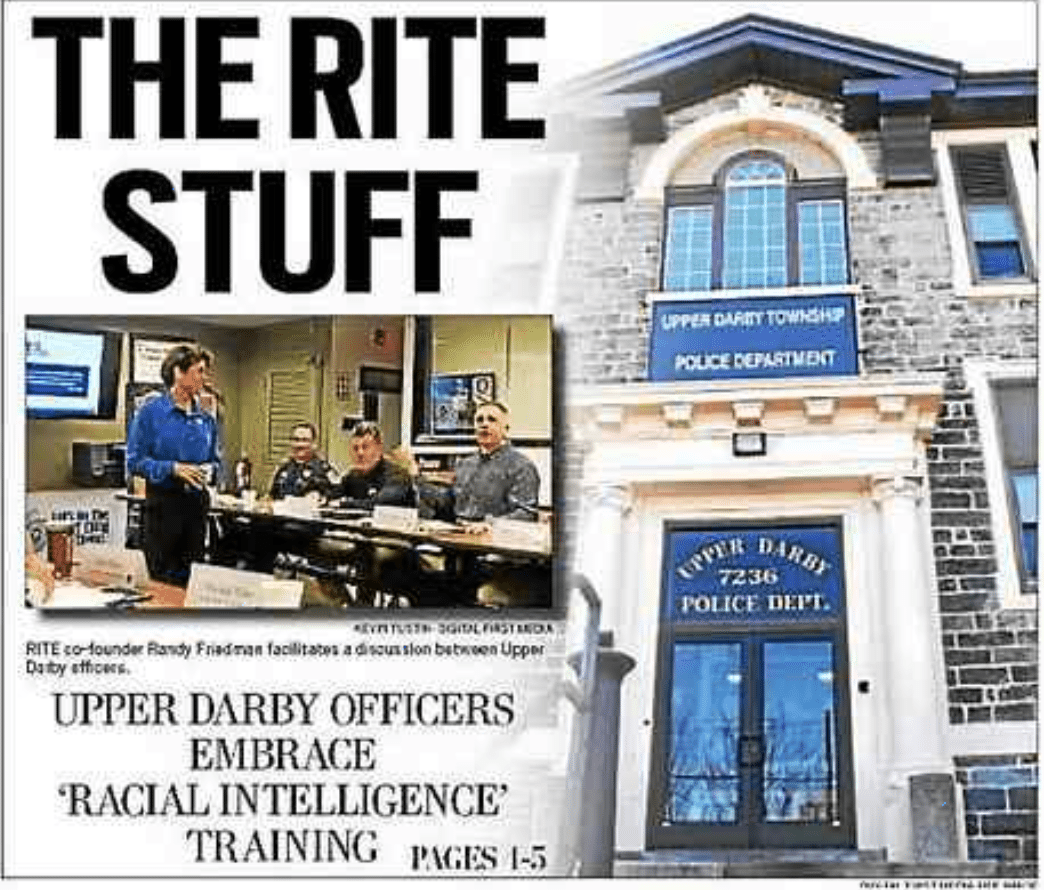 UPPER DARBY >> Ever since the officer-involved 2014 shooting death of Michael Brown in Ferguson, Mo., the behavior of law enforcement officers has been more strictly scrutinized by the masses. Passersby can record interactions with police on their cell phones and broadcast it for the world to see, and there have been many bad moments made more noticeable than ever because of the evolving technological platforms.

Veteran law enforcement officer Linda Webb took the Ferguson unrest as a catalyst to realize that officers should be getting better training to deal with their own emotions, not just how to deal with diverse populations or even tactical practices.

“I looked back and analyzed when I was a cop what was the driving factor of my engagement with the community when it wasn’t good,” said Webb. “It had everything to do with my emotional state of mind at that time. 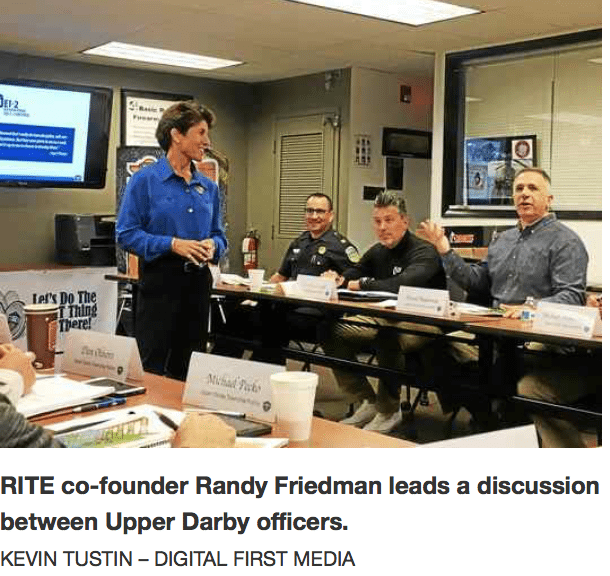 I realized we needed to incorporate emotional intelligence as a means for cops to recognize the fact that you need to get your emotions in check before you engage with the public.”

With that she founded the RITE Academy in 2015 with corporate trainer Randy Friedman. Their academy, short for Racial Intelligence Training and Engagement, has taught thousands across the country how people can better themselves and how to understand and improve their own biases and internal communication. The academy’s training program teaches people how to use emotional intelligence and their social intelligence to improve their communication and verbal skills to de-escalate about 95 percent of situations.

Back in her day the country wouldn’t have known if Webb was having a bad day on the job. Now, people are more than willing to record bad police interactions for everyone to see.

“In law enforcement you’re expected to have a perfect day, every day and that’s not possible. We need to look at our police officers as human beings,” she said.

For two days Friedman and Webb trained 13 officers from the region on these principles at Upper Darby Police Department so they can go out and train fellow officers in these techniques. Included were seven officers from Upper Darby, and two each from the police departments of Haverford, Villanova University and West Orange, N.J.

Upper Darby Police Superintendent Michael Chitwood brought on RITE Academy to do some internal training with emotional and social intelligence.

“I got into this emotional intelligence because it helps you better react. We have issues we deal with in the community,” said Chitwood, noting the diverse populace of the township and the varied personalities officers interact with daily.

Chitwood described a recent incident where he went out to talk to two families who were fighting with each other to try to help everyone understand the situation.

“The police can make the arrest, do the investigation, but the only people who can stop the violence between families is you,” he said. “When I walked away from both households they thanked me. It gives me an opportunity to get out there, but then nobody can say that the cops don’t care. That’s the emotional intelligence.” 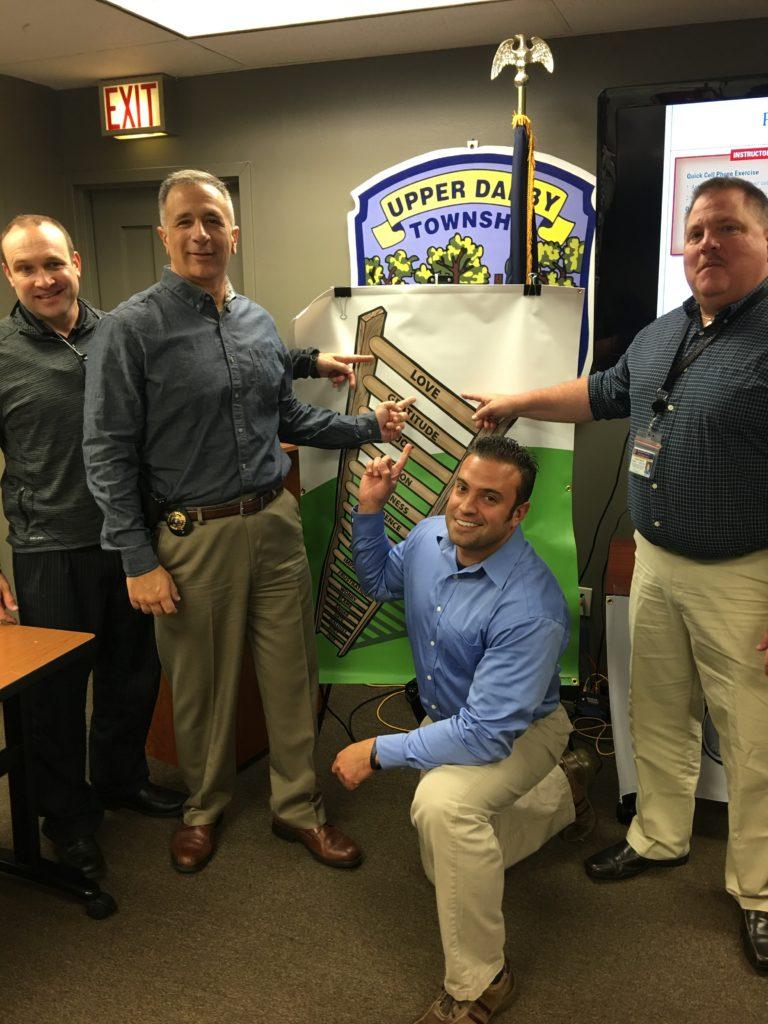 The RITE Academy goes to the core of a person’s emotions at any one moment. Using an emotional ladder, the bottom rungs showing anger and fear while the top is love, joy and happiness. Officers were trained to take a few seconds to collect themselves so they don’t engage with the public with a bad attitude and escalate a situation into something worse than it needs to be.

The academy is about racial intelligence, not cultural diversity. Webb said the latter term has a more negative stigma to it.

The first day of training was for officers to work on themselves and realize their own emotions while day two taught how to be better connected with the community by keeping emotions in check. There were many videos and scenarios presented about officers having a hot temper during situations, including a New York Police detective going off on the taxi driver who called him out for not using his turning signal on a busy street to indicate he was about to parallel park.

Webb recalled her own experience of doing a traffic stop that went bad when a passenger pointed a gun at her head. She said she de-escalated that situation by talking in a calm voice and not letting her fear and anxiety in that moment get to her.

“Tactical intelligence didn’t save my life, my emotional intelligence did,” Webb said of that incident. The man was eventually caught and when he was prosecuted for his offenses. She told the judge that he should be recognized for not killing her, a sworn police officer.

Officers had time to openly reflect on their own experiences, making note of possibly doing long shifts and having to deal with many calls a day, which made them feel agitated and annoyed by the end of the day, emotions at the bottom of RITE’s emotion ladder. When lacking the right emotional intelligence, you react impulsively and could be quick to anger.

“Anger is natural,” said Friedman, who did corporate and athletic training before starting RITE. “You don’t want to stay at the bottom of the ladder.” 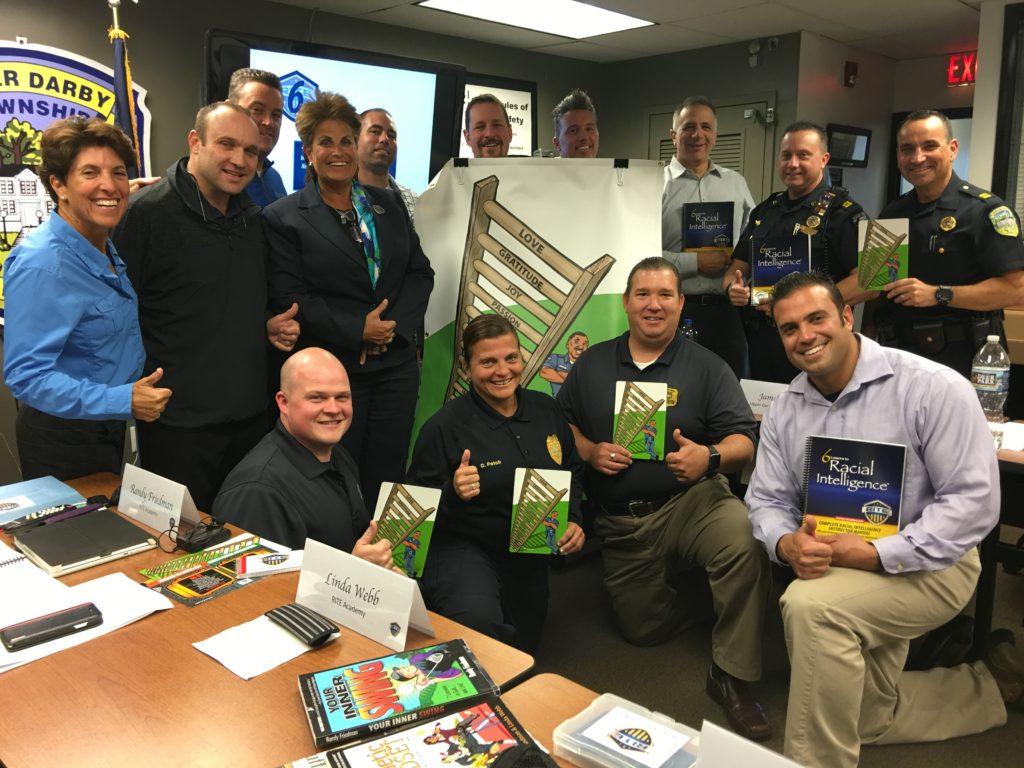 Incorporated into the curriculum is a traffic light diagram. Starting with the red light, people are introduced to themselves, they should stop and identify their emotional intelligence. It then moves down to yellow, where you think about your emotions and develop your social intelligence. At the green light, racial intelligence has been developed and one can proceed with more positive and effective communication.

“In law enforcement, we were taught not to have emotions, to just carry out the mission, right?” said Webb. “Now what we’re trying to teach going forward is that cops do have emotions and those emotions can play a factor in the outcome of an engagement with the public.”

Webb and Friedman said just a few seconds to step back and recognize their current emotions before re-engaging will prevent a situation from escalating pointlessly.

“We are never logical before we are emotional,” said Friedman.

Webb said we should all be seeing the whole picture and not allowing emotions to get in the way.

“Emotional intelligence is going to play, in my opinion, a key factor in law enforcement going forward,” said Webb. “If law enforcement is not evaluating what they need to be, we need to get connected with the community. The best way to do that is when the officer has recognized they have emotions. If I get out of the patrol car and I’m angry, my engagement with the public is going to be a recipe for disaster.”

RITE Academy, a women owned and operated company, has the only officer training program that includes Emotional and Social Intelligence techniques, for a truly Mindful experience, benefiting the individual and the company.