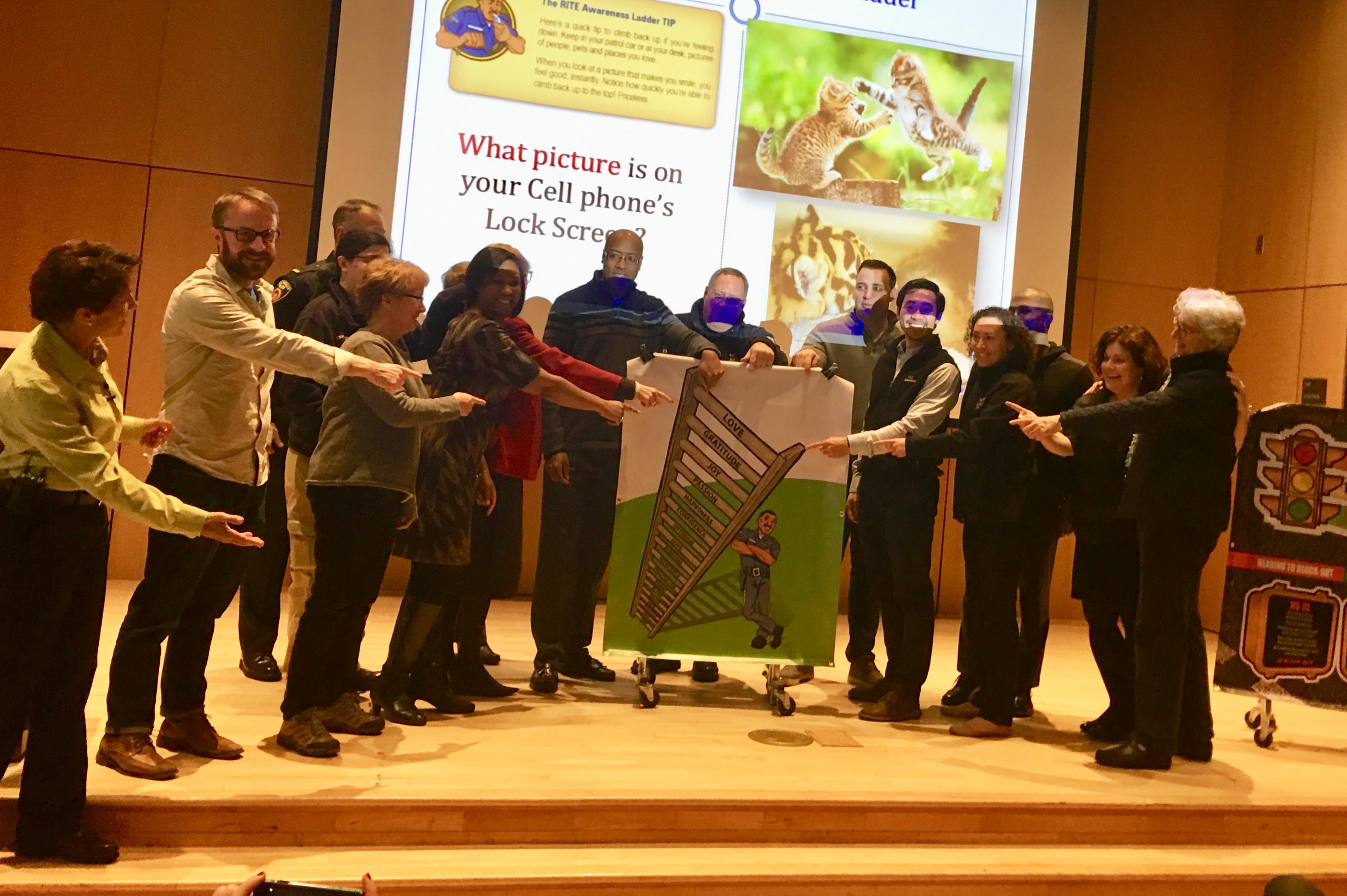 After reading about RITE Academy earlier this year, Santoro said he proposed bringing the company to Framingham this week to ensure officers handle future episodes with sensitivity.

The lessons aimed to help campus police better understand their own biases and improve their interactions with the public. The sessions were also open to FSU faculty and staff, drawing more than 175 participants over the course of two days.

The trainings were scheduled in the wake of a series of racially charged incidents on campus. Five times this semester, racial slurs targeting African Americans were discovered inside residence halls.

“We wanted to strike while the iron was hot,” Santoro said.

Representatives from Westfield State University, Harvard University Police, and the Framingham Police Department also attended the trainings, which were held inside the forum at the McCarthy Center.

Billed as “racial intelligence” training, the program teaches officers to be aware of their implicit biases and “hot buttons” — the emotional triggers that set them off. By recognizing circumstances that might conjure negative feelings, Webb says officers can learn to treat others more fairly.

“What I want police officers to do across this nation is … acknowledge where they’re at emotionally and get their emotions in check before they engage with the public,” Webb said.

[bctt tweet=”Often times if a police officer is angry for whatever reason, it’s a recipe for disaster if he’s engaging with the public.” username=”RiteAcademy”]

Explaining the concept to FSU staff Tuesday, Linda Webb said racial intelligence builds on previous forms of diversity training. Rather than focusing on skin color or multiculturalism, RITE’s philosophy teaches officers to use a combination of social and emotional intelligence to defuse contentious situations. 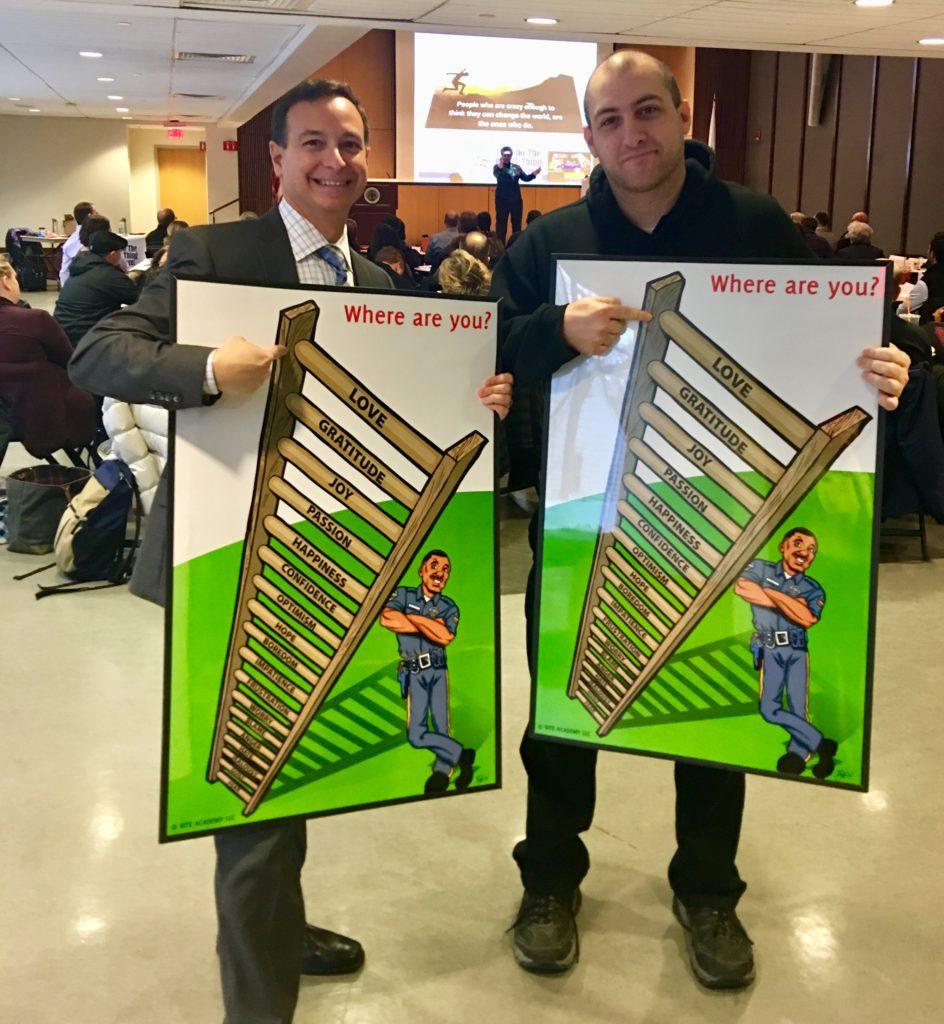 The training relied heavily on a visual aid called the “Emotional Ladder” — a ladder with 18 rungs representing 18 different emotions, ranging from love at the top to hate on the bottom. Webb and Friedman encouraged participants to gauge their emotions and think about where they “stand” on the ladder before engaging with others.

Webb cautioned that negativity from others can also drag down those who wish to remain positive. For example, the person responsible for spreading hate speech on campus had a negative effect, Webb said, but the university community can turn the experience into something positive.

[bctt tweet=”Do not let the fear of a hate crime put a cloud over your university,” she said. “Sometimes the worst adversity rebuilds a community.” username=”RiteAcademy”]

Emotional Intelligence – a Missing Ingredient to a Bias-Free Community in January.

The quicker you can identify your ‘hot button’ or simply what pisses you off…the faster you can stop negative behavior affecting you personally. Emotional Intelligence starts with ‘awareness’ of your own emotions.

RITE Training helps diffuse and de-escalate pressure situations, by improving communication. Unique cultural diversity with EI & SI improves communication, builds Career resiliency, and improves Department morale. Check our EVENTS page for a training near you, or Host a private training for you campus or agency. Contact