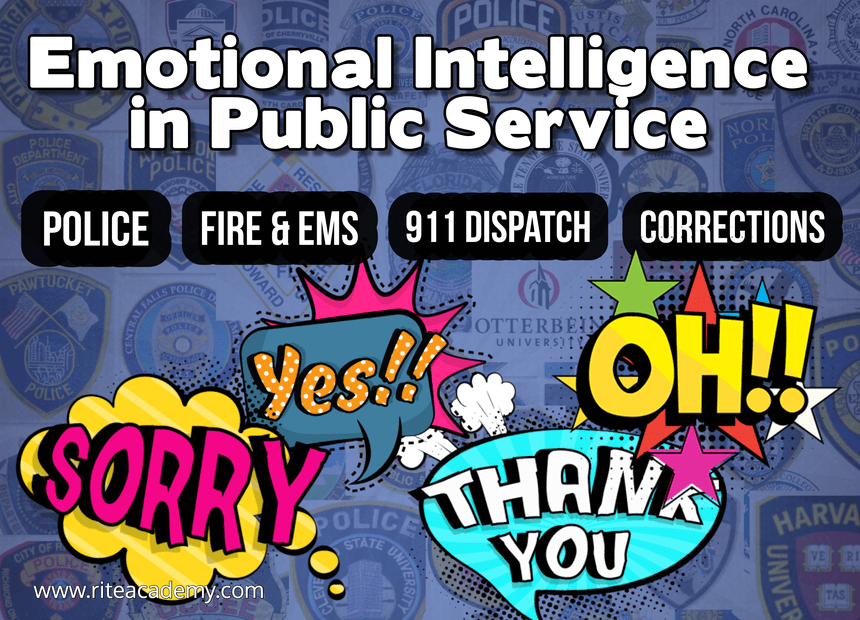 Whether you realize it or not, Emotional Intelligence (EI) impacts your life on a daily basis, especially as a public service professional dealing with people. To improve your attitude, as well as the professional workplace morale of your organization, EI is the key factor that changes everything.

If you’re in public service, having Emotional Intelligence helps keep you calm when people try to push your buttons.

We all show emotions differently. And when buttons get pushed, it’s easy to lash out if there are negative things in our life (personally or professionally). Stress can and will influence how our Emotions pour out of us!

Those 5 are just a few of the ways low emotional intelligence can bring you down personally and professionally.

Why is Emotional Intelligence critical in public service?

The smartest person is not typically the most successful in the agency. The person who can work with everyone, on all levels on any given day, is the one who will find the easier path to success.

Your IQ can surely help you get into college, but it is your EI (Emotional intelligence) that will help you manage stress and emotions along the way. Whether you are communicating with the public, going through the academy, or handling situations at home, Emotional Intelligence helps you succeed.

Emotional Intelligence makes you aware of your emotions, and helps you control your emotions in any situation… especially under pressure.

High emotional intelligence means you VALUE yourself and others at all times.

Misconduct doesn’t happen out of the blue…

Leaders failing to address poor behavior, like taking a blind eye to misconduct, often face larger issues, such as:

Cities that take a Blind eye to Misconduct, are Sweeping issues under the Rug

Have you ever said, “What Were they Thinking?”

Chances are they were NOT thinking. When a person has low Emotional Intelligence, they tend to acte without adding the proper emotions (EI) into the equation, which helps make better decisions.

The Toxic Employee – Don’t look the other way

Ever work with someone who show up angry or is just a ball of negative energy? It’s not fun for anyone!

If their behavior is allowed to fester, it will have a direct effect on all co-workers. The cascading downward effect inside your organization will affect performance, negatively impact your workplace culture, and increase turnover.

Entitlement Complex – It’s all about ME, me and Me!

Ever work with an entitled person? They have their own set of rules, it’s their game and everyone needs to play along with them. They are usually self-centered, and don’t care to be a team player. They are the bullies of the department, and they don’t like change.

Entitled people are usually low on the Emotional Intelligence scale.

Every witness a co-worker snap into the HULK, totally out-of-control in moment’s notice? Chances are they’ve gone into block-out and see only what they want to see as the outcome.

Block-Out Syndrome means that person has fallen off the emotional ladder, and they are not thinking, hearing, or seeing clearly. This can be career-ending for person in block-out as well as others at the scene… not to mention the negative media attention afterwards.

Duty-to-Intervene, means you must Step-in, Tap Out, and Take Over to help that person SNAP OUT OF IT…  No matter the rank.

Emotional Intelligence is a Vital Sign for Public Safety

When is the last time your organization had Professional Workplace Culture and Emotional Intelligence training?

At RITE Academy, we provide training to fire, police, EMS, 911 operators and corrections officers. Emotional Intelligence exercises and EI Tools help each person personally be in control of their emotions.

It’s a huge Ah-ha when students ‘wake up’ and realize they have been holding themselves back… and maybe they are the toxic employee that’s been causing the misconduct.

With every class, the LADDER, Stop-Light, and NEW DAY Tools and Banners are included in the training, and left behind for the agency to use. RITE is not a one and done class! 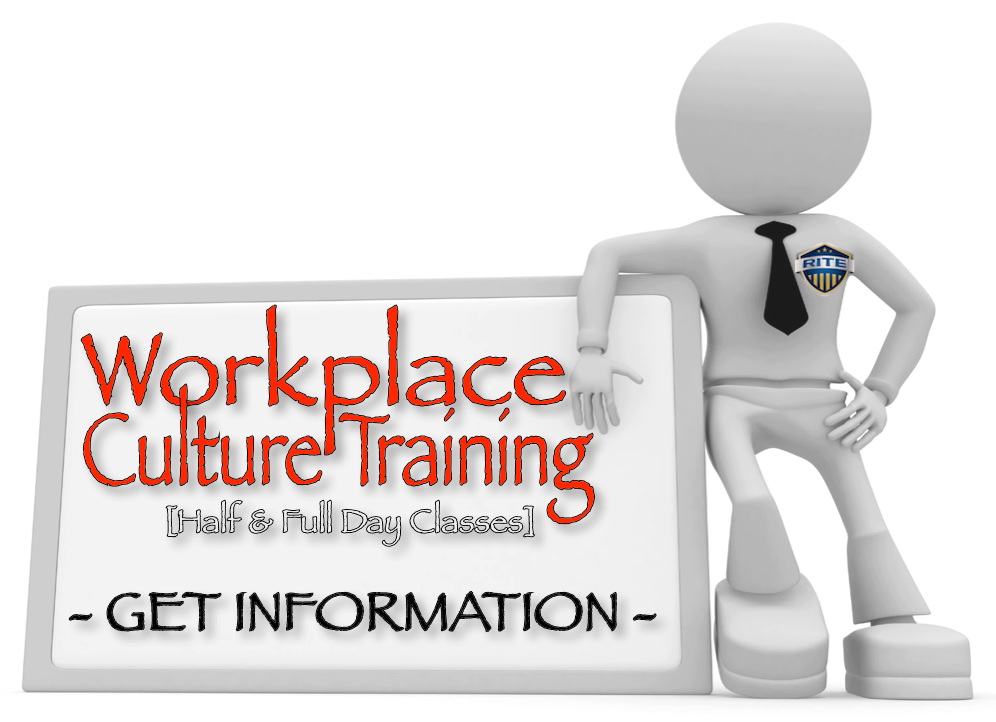