WORCESTER – Firefighters were symbolically climbing Jacob’s ladder Tuesday with every step going higher and higher, while finding out what it means to have R-E-S-P-E-C-T for themselves and thy neighbor.

The Racial Intelligence Training & Engagement Academy conducted a training session for Worcester Fire Department personnel Tuesday in the department’s training academy at the Grove Street headquarters and, according to Deputy Chief Martin Dyer, the program was a resounding and reaffirming success.

“The city manager is really trying to make sure that the city team is racially understanding, that we have racial equity, that we’re an inclusive environment,” Dyer said.

“So this (the RITE Academy training) is part of that but it’s also part of just the everyday of coming to work prepared to deliver the best service that we can to the community. And I can only do that if I’m in the right place, if I am aware of what my emotions are.” 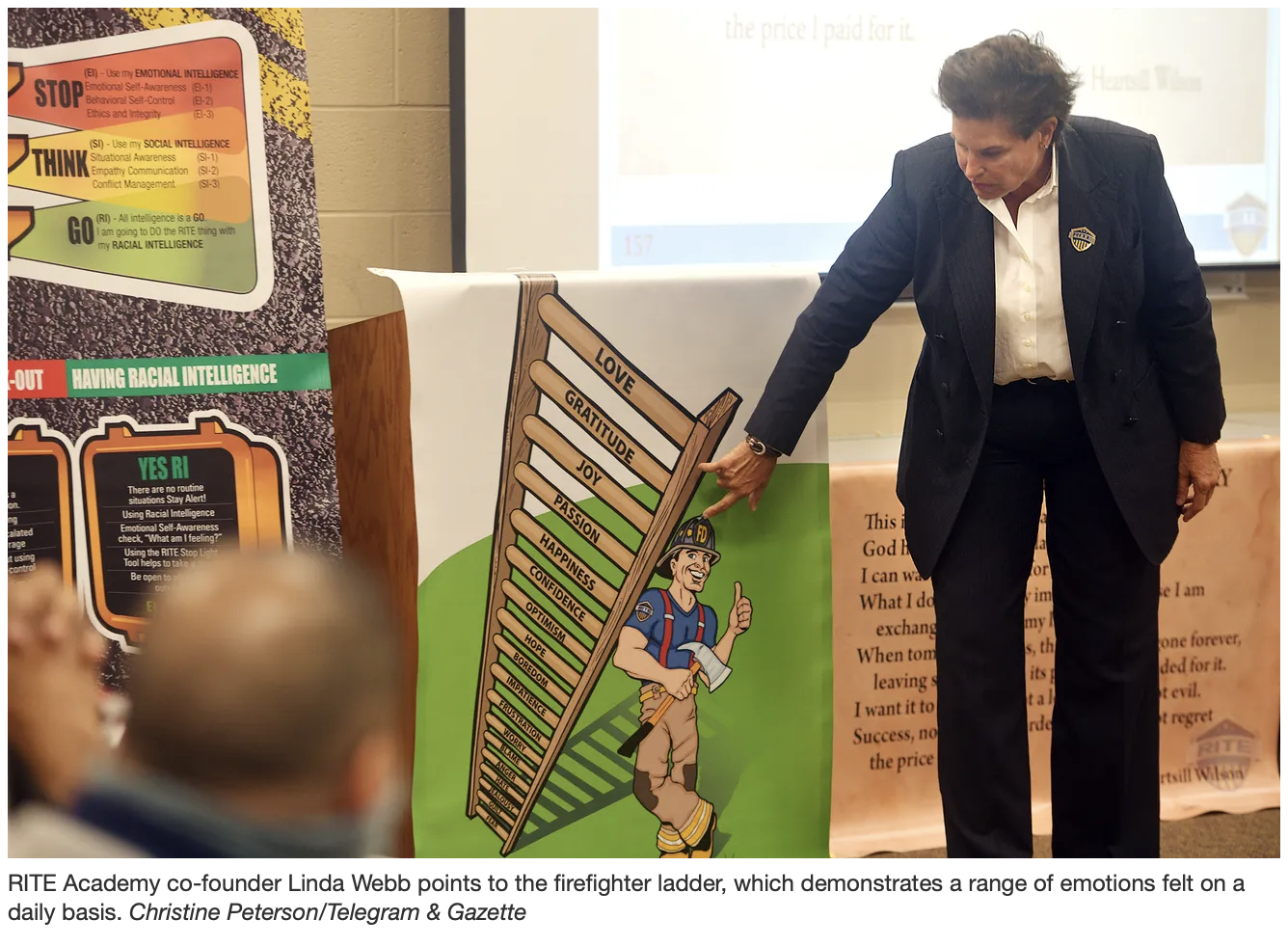 Dyer said RITE Academy teaches the individual must take an emotional-welfare check of one’s self before even coming to the table.

I can hold him accountable. Now we can go out into the community,” Dyer said. “And now that I can treat myself with respect, I can treat my partner and crew with respect. I can now treat the community with the respect that they deserve. I’m in a better place. I can handle that situation that starts to escalate. I can recognize that poor person out there that is really at the bottom of their ladder, that they’re in a bad place. And I’m not going to join them down there. I’m just going to try to raise them up.”

Dyer said the Worcester Fire Department’s 15-member command staff went through an “all-day, intensive” RITE Academy training session on Monday, and 10 firefighters started its two-day training Tuesday to deliver this message to the rest of the department. 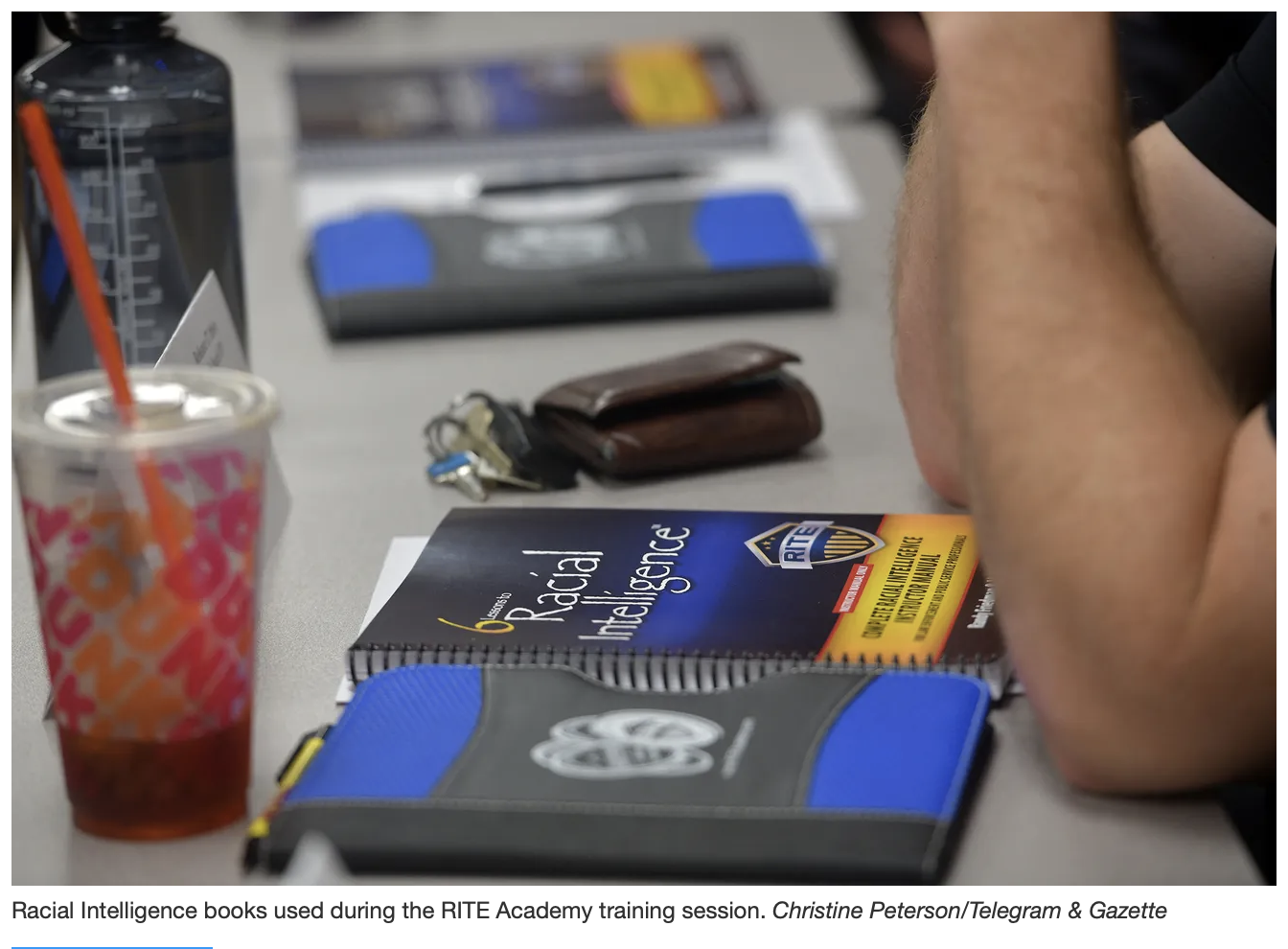 “One thing the Worcester Fire Department has committed itself to is continuous improvement,” Dyer said. “We recognize that we have improved in every way – the way we welcome people, the way we’re onboard, the way we train, the way we deliver our services,”

Dyer said. “And this is really starting at the person, is bringing the right person with the right attitude here. It’s not that we’re in a bad place right now but, if you don’t hit it every day, if you’re not always doing something to raise that bar, then you’re really not chasing the goals.”

Dyer said he was thrilled by the positive reaction of his fellow commanders, which range from commanders with 16 years to 34 years of firefighting experience. 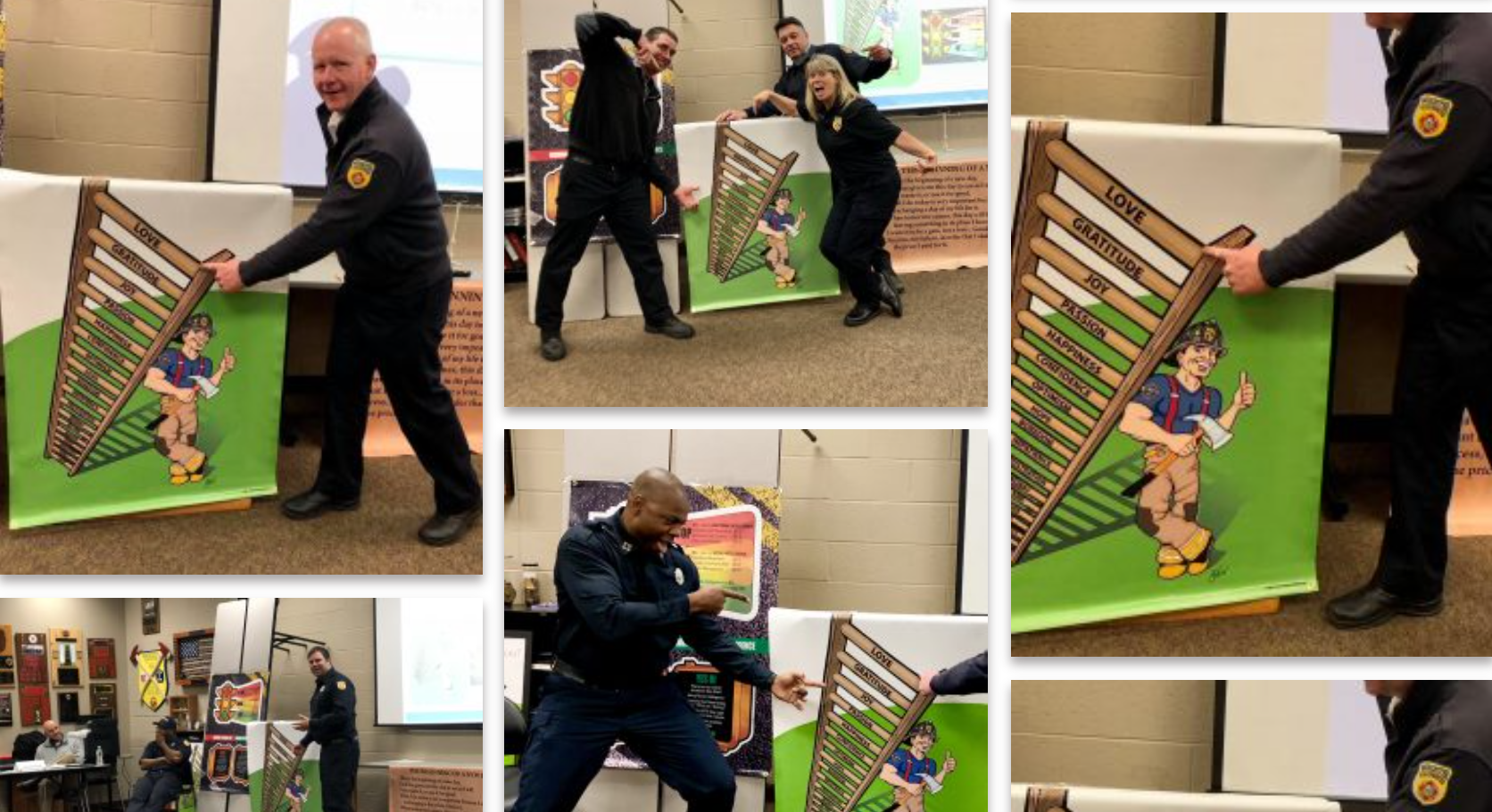 Linda Webb, the co-founder and CEO of RITE Academy, said the program was a direct reaction to the social uproar after the shooting death of Michael Brown Jr., an 18-year-old black man fatally shot by a white police officer on Aug. 9, 2014, in Ferguson, Missouri, a suburb of St. Louis.

“You’re told that you don’t have emotions, but the problem is, you do in fact have emotions, and emotions drive behavior, good or bad,” Webb said. “And over a period a time, you experience trauma because you go to all these… calls. You see death. You see body parts. You see horrendous things and that trauma affects us emotionally. So eventually, we just break. We just absolutely break. And we get to a point where, finally, we snap on the streets.”

Webb also referenced the nine minutes and 29 seconds that former Minneapolis Police officer Derek Chauvin knelt on George Floyd and rhetorically asked, How does that happen? Her answer was “block out.” In the opening statements of Chauvin’s criminal trial Monday, prosecuting attorney Jerry Blackwell introduced the new 9:29 timing, correcting the old 8:46 minutes that has become a battle cry for the Black Lives Matter movement.

“You just go into a block out and block out is when you spiral completely out of control. You hear nothing. ‘I can’t breathe.’ You’re hurting him. You don’t care.

You’re in a complete set of rage and that rage is then taken it out on that individual at that moment at that time,” Webb said. “If you start to see your partner in block out, you need to go there, grab him and pull him off because he’s out of control.”

Using a 18-step ladder as a teaching tool, Webb took participants through the emotional depth of the lower steps (which started with fear at the bottom step and proceeding with guilt, jealousy, hate, anger, blame, worry, frustration, impatience and boredom) and the positive highs of the higher steps (starting with hope, optimism, confidence, happiness, passion, joy, gratitude and ending with love on the very top).

“I want to get every public servant to realize where you are on that ladder,” Webb said. “If you are below frustration, you need to not engage. If you are engaged in anger, it is a recipe for disaster. What we teach in this class is when you witness your partner in anger, you need to step in, tell them to back away, let me take over.”

Breaking professional workplace culture “intelligence” down into three categories (emotional intelligence, social intelligence and racial intelligence), Webb and co-founder Randy Friedman explained how your emotions can affect you and others and how ‘doing the RITE thing’ affects everyone.

LISTEN to the Radio Interview: 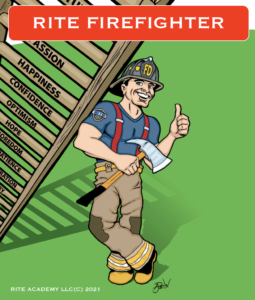 RITE’s Emotional Awareness ladder is the first step in learning what makes you tick. By asking yourself, “what I am feeling” you start the process of understanding your actions.

RITE Training helps ALL public service agencies improve communication to avoid the Block-out Syndrome, to De-escalate situations, build Career resiliency, Leadership skills, and Departmental recruiting. See our EVENTS page for our next training. Contact us about RITE TRAINING at your agency.