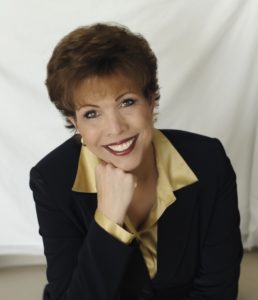 Recipient, Doctorate of Education in Human Relations. Author of six books, including the internationally popular Believe It! Become It! How to Hurdle Barriers and Excel Like Never Before.

Honored as Washington State Young Mother of the Year and State Woman of the Year.

Founder of Solutions For Families, Inc, Women Celebrating Life, Inc., Families Now, Inc., Unlimited Living International, Inc. Former member of the National Board of Directors, Worldwide Organization for Women; State Board of American Mothers, Inc. Paula chaired the Committee for the “Call From the Families of the World” in conjunction with the World Congress on Families Conference, in Switzerland.

Paula received her Bachelor of Arts in 1971, and her Doctorate in 2004. Dr. Gilbert Fellingham (University Professor of Statistics) and Paula are the parents of eight children, and the grandparents of twenty-four grandchildren.

Currently, Dr. Paula Fellingham is the Founder and CEO of the Women’s Information Network (WIN) an online educational and social network for women and a global community of women in many countries. See www.WomensInformationNetwork.com. The WIN hosted the largest gathering of women in the history of the world for International Women’s Day on March 8, 2011: 377 live events in 152 countries. The WIN is now presenting 1,000 Global Women’s Summits worldwide from 2011 – 2021. The WIN Motto: “We Are Women Helping Women Live Our Best Lives.”

Honored as Washington State Young Mother of the Year and State Woman of the Year.