“Racial Intelligence needs to be embraced by both law enforcement and the communities they serve. Empathy Communication goes a long way in saying we care about everyone, and are grateful for our police officers.” 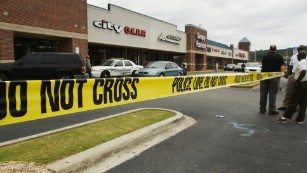 CNN) A Birmingham, Alabama, police detective who was pistol-whipped unconscious said Friday that he hesitated to use force because he didn’t want to be accused of needlessly killing an unarmed man.

“A lot of officers are being too cautious because of what’s going on in the media,” said the officer, who asked to remain anonymous for the safety of his family. “I hesitated because I didn’t want to be in the media like I am right now.”

Details of last week’s incident in the Birmingham enclave of Roebuck remain sketchy — such as how did the suspect get the officer’s weapon — but the six-year police veteran said he didn’t shoot the man who attacked him during a traffic stop because of the outcry surrounding a spate of police shootings nationally.

Heath Boackle, a sergeant with the Birmingham Police Department and president of the city’s Fraternal Order of Police, said Thursday that cops are “walking on eggshells because of how they’re scrutinized in the media.”

“We should be thanking the good Lord because he could be dead right now.,” Boackle said of the detective who was beaten.

Police Chief A.C. Roper sees the episode — as well as the reaction, including celebratory and vitriolic comments posted online alongside images of the wounded officer — as symptomatic of a larger problem, in which some don’t respect law enforcement.

“The nobility and integrity of policing has been challenged,” Roper said. “As a profession, we have allowed popular culture to draft a narrative which is contrary to the amazing work that so many officers are doing everyday across this nation.”

Detective struck with his own weapon

The incident occurred last Friday when the detective was on his way to interview a robbery witness and saw a car that was carrying at least two people traveling erratically on the interstate, according to police.

“He calls for backup and tells the man to stay in the car, but he didn’t,” Boackle told CNN in a phone interview. “The last thing the officer remembers is getting sucker-punched in a parking lot. The next thing, he’s waking up in a hospital bed with staples in his head.”

According to Boackle, the detective spoke to Janard Cunningham, who was sitting the car. The detective decided to call for backup so that he could continue his robbery investigation while another officer handled the traffic stop.

While he was calling for backup, Cunningham allegedly exited the car and became aggressive, approaching the detective and repeatedly questioned why he’d been pulled over, the union chief said. The detective considered using force but thought better of it and continued his call when Cunningham hit him, Boackle said.

Cunningham is accused of then “pistol whipping” the officer with his own service weapon, Boackle said.

The officer suffered multiple lacerations to his head and face but is expected to recover from his injuries, according to Boackle. The University of Alabama-Birmingham treated and released him the same day. He’s recovering at home and has not yet returned to duty, Boackle said.

Adding insult to injury: several bystanders, instead of helping, took pictures of the bloodied officer as he was facedown on the concrete and posted the images on social media, where the officer was mocked.

Many people rose to the officer’s defense, but the detective’s colleagues were outraged by a collection of posts that seemed to revel in the beating.

“Pistol whipped his ass to sleep,” one user wrote, employing the hashtag #FckDaPolice. Another mockingly offered the officer milk and cookies for his “nap time.”

Roper, the Birmingham police chief, called the fact bystanders would take pictures of an officer being beaten rather than help him, then proceed to post them, “absolutely inhumane.” The online commenters only made it worse.

“It really speaks to the lack of their morality and humanity,” the chief said. “People commented on the pictures in a celebratory fashion … disregarding that this public servant has a family and is committed to serve in some of our most challenging communities.”

CNN’s Eliott McLaughlin and Greg Botelho contributed to this report.