“Public perception is at an all-time high.  Police officer’s should want to represent themselves, their police department, and their community with the utmost ethics and integrity. When Racial Intelligence is lacking, intolerance takes over.” – Linda Webb, Founder, Racial Intelligence Training 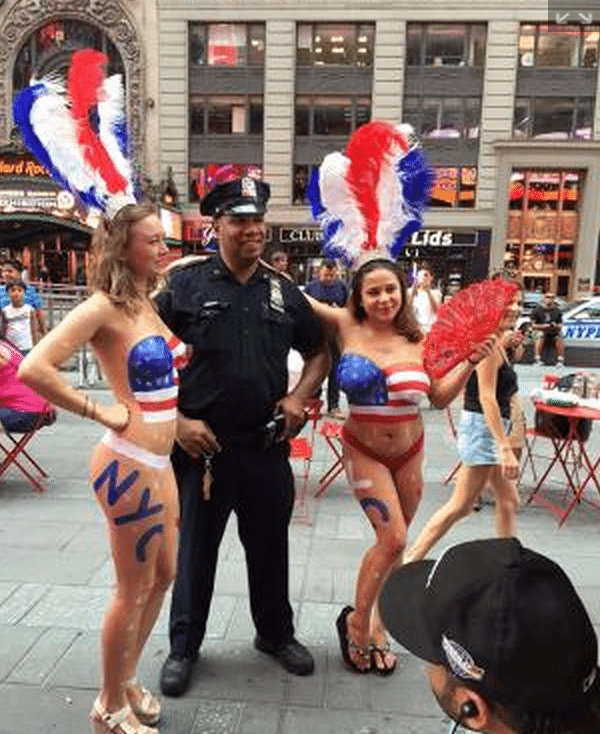 Cops on patrol in Times Square on Tuesday said they were told not to take pictures with any topless women.

But the edict came a day late for two officers whose photo with a pair of topless ladies featured on the cover of Tuesday’s Daily News got them in hot water.

The officers were transferred to separate precincts for what a high-ranking official called a “lack of judgment.”

The officers had been assigned to the 71st Precinct in Crown Heights, Brooklyn. But Monday, they were in Times Square, taking part in a counterterrorism drill in which dozens of officers were dispatched to landmarks to create a visible presence.

“Punishing them in any way for it would be a miscarriage of justice,” said Patrick Lynch, president of the Patrolmen’s Benevolent Association.