Being a great Public Servant

In law enforcement, there are many public service professionals who understand how to be great servants to the community. They dedicate their lives to serving and protecting the public, while making their entire agency look like shining stars. Most police officers who display this type cultural understanding have higher levels of Emotional Intelligence than their negative counterparts who make the department look bad.

Confidence is necessary in policing, but an entitlement complex can be can be a destructive force for the officer and the department. Even when only 1% of the personnel show signs of entitlement, these one-percenters can cause instability within an agency, as well as build distrust in the community. As a police leader knowing that you may have someone within your ranks that displays an entitlement complex is a risk liability that should not be allowed.

What Is Sense of Entitlement?

When someone has a sense of entitlement, they believe they deserve privileges, above and beyond others around them. And most can sense the arrogance they carry, as they make it well known in the department, they deserve more than everyone else. 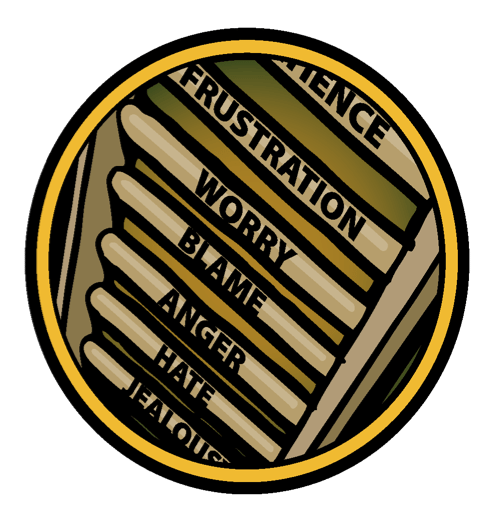 Educating your employees on the signs of unacceptable behavior should be documented, as well as enforced that a ‘culture of entitlement’ will not be tolerated.

7 Entitlement Personalities… that Can Pull Your Agency Down

This person is only focused on themselves, especially when they are engaged with others. They are only concerned for choosing the best outcome for themselves. And they typically don’t care about anyone else.

This person perceives that anyone they are confronted with, whether it is a co-worker, or the public has their own private agenda that is not aligned with them.

Have you worked with a co-worker who often says, ‘What do you want from Me?’

This person, typically a supervisor, expects you to do as they say, even when they do something different. They expect others to do the work that they themselves should be doing… but prefer to pass it on.

Have you ever had a co-worker, or a supervisor tell you to do something that they should be doing themselves, but don’t. – “Just do what I tell you to do and don’t ask questions.”

This person puts other people down, belittling, and can often times even get outright offensive.

They typically will not say good things about the other person they are engaged with while indicating that they could to it better.

This person is more concerned about what they are going to say than what the other person is saying. They are listening to respond.  They appear to be disconnected, allusive, and unable to work within groups.

Instead of listening they interrupt others, and immediately interject their opinions.

This person lacks the ability to negotiate or compromise with others. Not only do they lack emotional intelligence, but they lack social intelligence skills like empathy communication, and conflict management.

This person asserts their command position over you. They will imply they know more than you, and everyone else in the department.

Don’t bother patting them on the back, they can do it themselves. Every chance they get, they’ll remind you that they are in command. You know anyone like that?

Move UP from Entitlement to Enlightenment

Entitlement, like a virus that can spread through the ranks driving your employees down the Ladder. As Police Chief or Leader, creating accountability standards and professionalism where entitlement can’t live, is a department that will thrive for years to come.

Watch the YouTube video below, and learn how the RITE Ladder has helped many agencies climb back up to the Top of their agency.

RITE Training of Racial Intelligence encompasses both Emotional Intelligence and Social Intelligence and helps raise the bar on acceptable behavioral expectations for all personnel, sworn and non-sworn. When agencies embrace this type of training police complaints have reduced by 50%, as well de-escalated use-of-force action. Typically, they see a 25% increase in public praise.

Raise your department cultural, set accountability standards to include more behavioral training, and officer wellness. Helping your personnel with more Emotional Intelligence Training, will help them professionally and personally. More importantly is giving each of your personnel Emotional Intelligence Tools after the training strengthens your policy on acceptable departmental culture, while establishing higher accountability standards to that entitlement will not be tolerated.

About RITE Officer Training –  It starts with helping officers communicate with others more effectively. The RITE Ladder Tool teaches EI & SI that builds Career resiliency, improves Department morale, and mitigates risk. Contact us to bring RITE into your agency. training@riteacademy.com