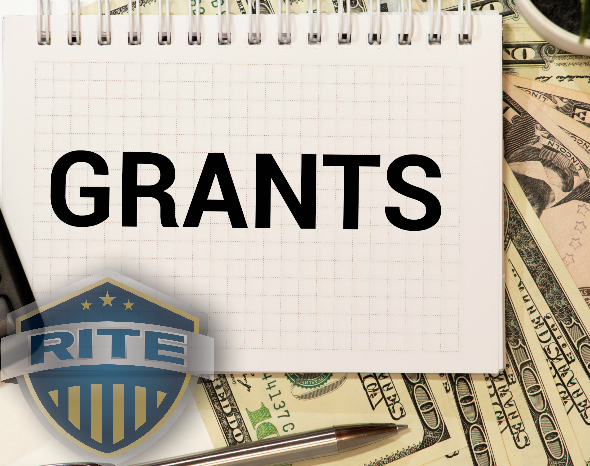 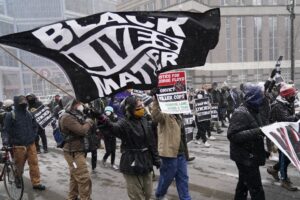 “When George Floyd was killed, consumers and stakeholders called on companies to invest in issues related to racial equity, and many responded,” Grabois said. “Direct corporate funding for racial equity and justice has become exponentially larger — and more urgent — than what companies have committed to in the past.”

Companies tend to be big donors during times of crisis. But traditionally, Grabois noted, large corporations funded mainly educational and cultural groups, while donating comparatively little to racial equity causes. Dipanjan Chatterjee, a brand analyst at Forrester Research, suggested that “long-simmering anguish and anger, agitated by a relentless political rhetoric that overtly flirted with white supremacy, created a perfect storm for Floyd’s death to transform Black Lives Matter from a political to a human issue.”

Since late May, Grabois said, financial commitments by companies to racial equity causes have grown “exponentially larger” than any other cause other than COVID-19. A report by McKinsey & Company, which tracked corporate responses from May to October, found that of the top 1,000 U.S. companies, 18% made internal commitments, like diversifying their hiring, and 22% pledged to promote racial equity through donations or other means. 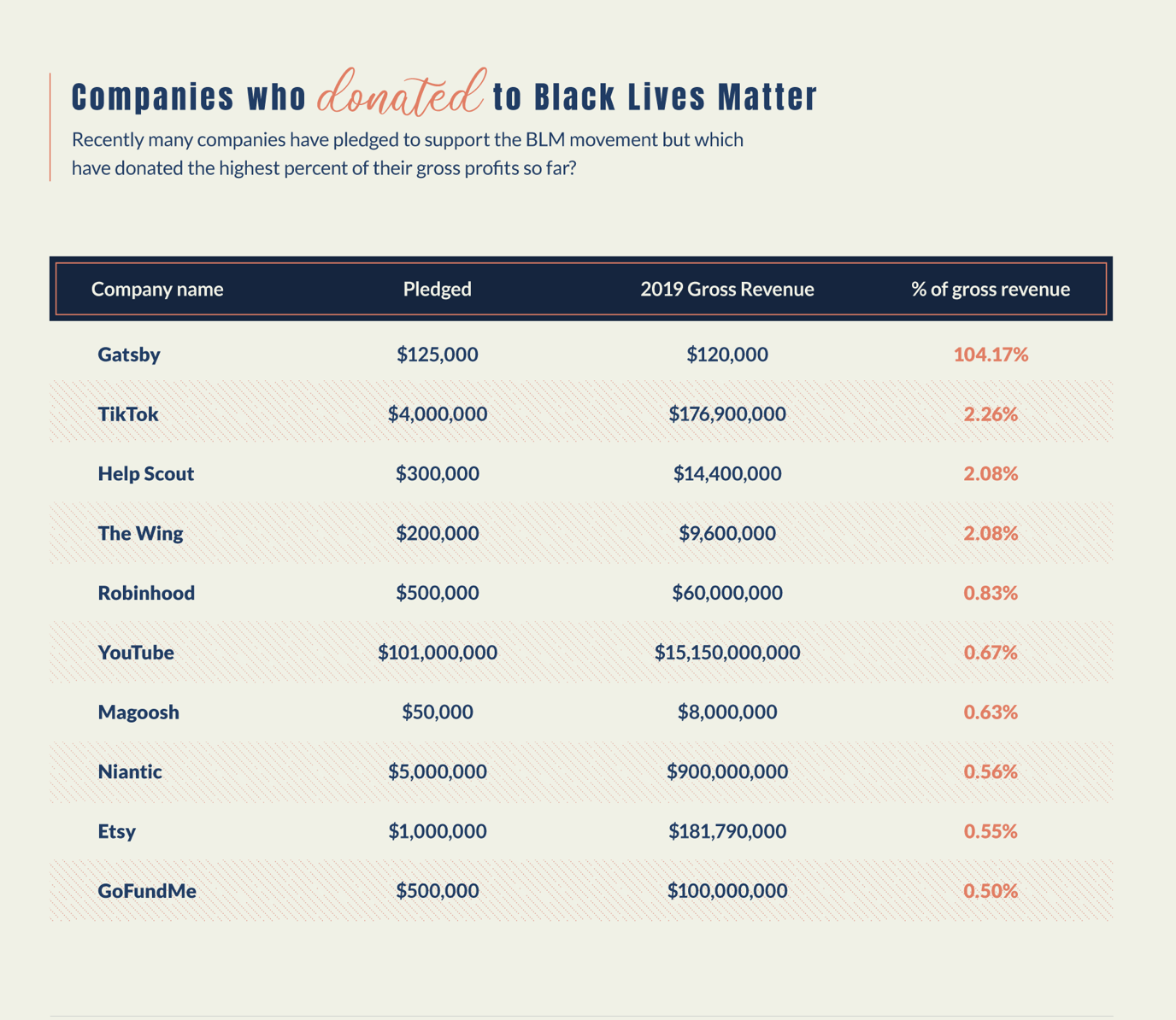 Last June, Apple announced REJI in the wake of protests around the world following the killings of Breonna Taylor, George Floyd, and countless others. The initiative builds on Apple’s work to advance racial equity in education, the economy, and the criminal justice system, and is led by Apple’s vice president of Environment, Policy and Social Initiatives, Lisa Jackson. REJI complements Apple’s internal efforts to improve diversity and inclusion at every level of the company.

“We are all accountable to the urgent work of building a more just, more equitable world — and these new projects send a clear signal of Apple’s enduring commitment,” said Tim Cook, Apple’s CEO. “We’re launching REJI’s latest initiatives with partners across a broad range of industries and backgrounds — from students to teachers, developers to entrepreneurs, and community organizers to justice advocates — working together to empower communities that have borne the brunt of racism and discrimination for far too long. We are honored to help bring this vision to bear, and to match our words and actions to the values of equity and inclusion we have always prized at Apple.”

CPD funds are used to develop the capacity of law enforcement to implement community policing strategies by providing guidance on promising practices through the development and testing of innovative strategies; building knowledge about effective practices and outcomes; and supporting new, creative approaches to preventing crime and promoting safe communities.

Up to $6 million is available through this year’s program, and all awards are subject to the availability of funds.

DOJ Grants Financial Guide
Learn about the laws, rules, and regulations that affect the financial and administrative management of a DOJ award.

COPS Office Funding Resources
Find funding opportunities from the COPS Office, instructions on how to apply, and previous award information.

OVW Funding Resources
Find general information on how to apply for OVW grants and cooperative agreements.

OVW Funds Management
Find information and resources regarding the management of OVW grants and cooperative agreements.

For the purpose of worthy causes, Warren Buffett likes to give away his money as one of the philanthropists. His amazing wealth causes him to manage the giveaway program held by himself as an individual. $2.5 billion were not a small amount of money to share.

Warren Buffet did it. Buffet uses 99% of his wealth to fill the needs of other people.

On the other case, Buffett gives away 20% of his company share to a charity program. The 20% reaches $21.8 billion. Can you imagine that he would give a similar amount of the wealth I give away program every year?

Another observation found that Warrant Buffet also uses 4% of his wealth to distribute the money in the following year.

The email ID of Warren Buffet is berkshire@berkshirehathaway.com

In recent years, she gives away her money for $160 million. It is about 16% of her entire wealth. Rowling also holds on to some charities, which include Lumos and Volant. These two kinds of charities stand for women’s and children’s health due to the financial crisis.

Rowling’s experience in poverty makes her understand more than having no money is stressful and depressed. Therefore, when she is able to give away her money, she did it and continually does it.

Chuck Feeney is an American businessman who reaches his financial goal amazingly. Feeney is one of the 5 lists of millionaires who give away money in 2021. His life principle is to enjoy helping other people with his money while he is still alive.

Mr. Feeney got his amazing wealth with DFS Group. They built the DFS Groups which run on duty-free airport shops started in 1960. His fortune of wealth comes uncontrollably, however, Mr. Feeney likes to live simply and humbly. His popular encouragement is the sentence “You can only wear one pair of pants at a time”.

It shows and teaches us that life is better not to be consuming style. Feeney also believes in one principle “Giving while living”. His way of thinking causes more fortune to come to add to the amount of his wealth.

Tim is 56 years old. He currently gives away his money to some charities program and he has just announced that he would like to spend all of his fortunes to help others in need. Tim Cook has extremely wealth noted $120 million. During his life, Tim Cook spends his life almost in charitable actions.

Tim Cook has the interest to get involved in some social issues. He once donated his $1 million for the Anti-Defamation League and also $2.5 million the donations for the victims of Sandy’s Hurricane to the RedCross. In addition, $50 million are also included in the giveaway to Stanford.

CNN founder, Ted Turner has been giving away his money for decades. In 1997, Turner pledged $1 billion to UN programs, which established the United Nations Foundation, a public charity to broaden U.S. support for the UN.

Along with Warren Buffet and Chuck Feeney, Turner is part of the Giving Pledge. It’s an organization that encourages the world’s wealthiest people to donate the majority of their wealth to philanthropic causes.

George Soros is a Hungarian-American billionaire investor and he also has a philanthropic organization called the Open Society Foundations. It supports democracy and human rights in more than 100 countries.

He’s given away more than $32 billion of his personal fortune to fund the foundation’s work around the world. Soros is also the founder and primary funder of the Central European University in Budapest, which is a leading regional center for the study of the social sciences.

Hansjörg Wyss is a Swiss entrepreneur who donates his money. He is the founder and was president, then chairman, of Synthes USA, until its sale in 2012.

In 2012, he sold the company to Johnson & Johnson for $20.2 billion. Currently, he holds stakes in publicly traded biotech companies, Novocure and Molecular Partners. In 2019, he announced he was donating $131 million to Harvard University.

The money will be donated to the Wyss Institute for Biologically Inspired Engineering at Harvard, which was established following a $125 million donation Wyss made to Harvard in 2009.

His donations over the years and across the University amount to more than $400 million. Also, he founded the Wyss Foundation which, according to the website is “dedicated to supporting innovative, lasting solutions that improve lives, empower communities, and strengthen connections to the land.”

8. Jim Walton (and the Walton family as a whole)

Jim Walton is the son of Walmart founder Sam Walton. In 2019, he donated $1.2 billion of the retailer’s stock.

The Walton family as a whole has been known to help out various charitable causes through its organization, the Walton Family Foundation.

It focuses on improving K-12 education, protecting rivers and oceans and the communities they support, and investing in its home region of Northwest Arkansas and the Arkansas-Mississippi Delta.

eBay founder Pierre Omidyar became a millionaire at just 31 years old. Since then, he’s given away his wealth to support a wide variety of causes.

In 2015, Omidyar gave 10% of his stock in eBay, which was estimated to be worth $269 million, to undisclosed charities. He is also the founder of the Omidyar Network which supports non-profit and for-profit organizations.

Omidyar’s philanthropic activities have contributed more than $1 billion to programs in a range of causes from disaster relief to human rights.

Former New York Mayor and businessman Michael Bloomberg have given away a ton of money over the years.

He is one of America’s most generous philanthropists, giving away $9.5 billion to a wide variety of causes, including a $1.8 billion donation to John Hopkins University.

This donation allowed John Hopkins to permanently accept and enroll students without regard to their ability to pay. It’s the largest gift in the history of American higher education.

Bloomberg Philanthropies, his philanthropic organization, distributed $3.3 Billion In 2019. He joined The Giving Pledge alongside other billionaires like Warren Buffet.

Moore co-founded Intel in 1968 but these days he is focused on philanthropy. He retired from his corporate positions in 2006 and currently runs the Gordon and Betty Moore Foundation with his wife.

Through The Broad Foundation, the billionaire financier and housebuilder Eli Broad and his wife Edythe have created groundbreaking independent institutions in each of its three investment areas of public education, science, and the arts.

Irwin Jacobs cofounded mobile chipmaker Qualcomm in 1985, but since retiring from its board in 2012, he has focused on giving away his fortune through the Jacobs Family Foundation. It funds community change and works to empower individuals.

The “Wizard of Wall Street” Julian Robertson earned his billions from hedge funds. Now alongside his wife and family, he has created the Robertson Foundation to fund not-for-profit groups and to encourage philanthropy from the billions he made from the financial boom in the 1980s and 1990s.

Easily the most famous philanthropist in the world, Gates’ has encouraged other billionaires to give their cash to their foundations. Warren Buffett (below) did so saying he didn’t have a clue how to give his immense cash away.

A Short Summary of Federal Grants

What is a grant? A grant is a way the government funds your ideas and projects to provide public services and stimulate the economy. Grants support critical recovery initiatives, innovative research, and many other programs listed in the Catalog of Federal Domestic Assistance (CFDA).