“With the surge in settlements and court judgments in police misconduct cases, ‘racial profiling for profit’ is counter-intuitive. An iconic Benjamin Franklin quote laments this truth: “The only thing more expensive than education is ignorance”. The lack of adequate racial sensitivity training may be the greatest threat to financial sustainability for American cities. Police departments that invest in Racial Intelligence training can proactively reap cost-savings, as well as positive cultural change effects.” – Val McLeod 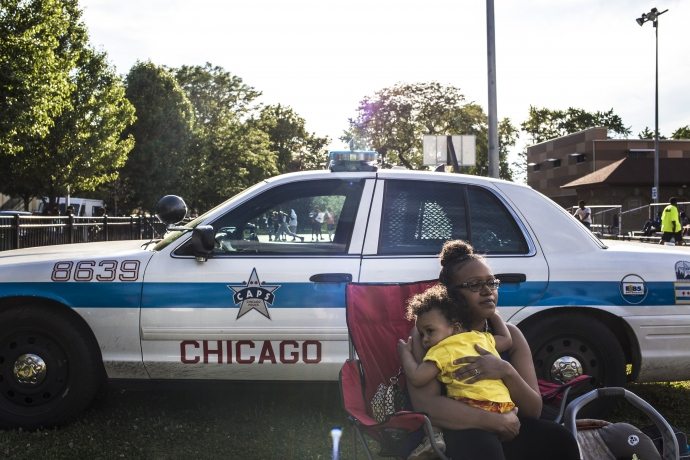 An issue not being explored nearly enough in the frenzy around police-involved shootings is the underlying public policy challenge municipalities across the country are grappling with: How to financially sustain cities?

For cities struggling to remain solvent, revenue from tickets, fines and fees have all too often become the funding upon which the city becomes reliant. This creates a situation where police become extensions of the municipality’s treasury, instead of an entity designed to serve and protect. Moreover, there is a distinct connection between police as revenue-generators and stop and frisk.

In Chicago, an ACLU report found that, over the course of four months in 2014, CPD stopped 250,000 people without making an arrest. When the general public perceives that stops are motivated by a desire to meet ticket quotas (generate revenue), this erodes a sense of trust between the public and the police department.

In addition, the issue of racial profiling must also be taken into account. Seventy-two percent of those 250,000 stops involved African Americans. Again, we must more deeply examine how this profiling leads to disparities in who finds themselves in traffic court, or pulled over and ticketed for minor traffic violations, and who does not. We must begin to ask how a city’s financial management (or mismanagement) is affecting police/public safety policy, especially when it appears that circumstances in which the increased efforts to use the police force to generate revenue create increasingly frequent incidences of police stops gone wrong.

The answer is not for police officers to simply stop writing tickets. The more comprehensive response is for municipalities to develop sound revenue strategies within the context of a growth economy that prioritizes balanced development, population growth incentives such as a strong workforce development strategy for jobs, and quality schools that attract families.

In short, shoring up a city’s tax base and creating a growth economy can ensure that municipalities utilize the police force as an entity of protection, instead of an entity of profit.